Another Great Review for “The Star of Bethlehem: A Skeptical View”

Aaron Adair has written a fantastic skeptical analysis of the claims surrounding the Star of Bethlehem. It really is the go-to book on the subject. Here is another recent review for it:

5.0 out of 5 stars A Rising Star
By Edwin Herbert on September 24, 2016
Format: Kindle Edition|Verified Purchase

Early on, most believers were content to call the Star of Bethlehem a miracle. But over the last few centuries, rationalists have sought to identify the Star with an actual stellar phenomenon — something natural rather than supernatural. In his book, physicist Aaron Adair outlines and evaluates the various hypotheses put forward.Among the explanations were meteors, ball lightning, and even UFOs. But three phenomena stand out as most likely to rise in the east and be interpreted by Persian Magi (Zoroastrian priests) as astrologically significant: novae, comets, and planetary conjunctions. Fortunately, the Chinese, among others, kept meticulous records of stellar events during the period.

With superb prose and scientific perspicacity, Adair delineates a better explanation for the star in the Gospel of Matthew’s lurid tale. Mythos Christos 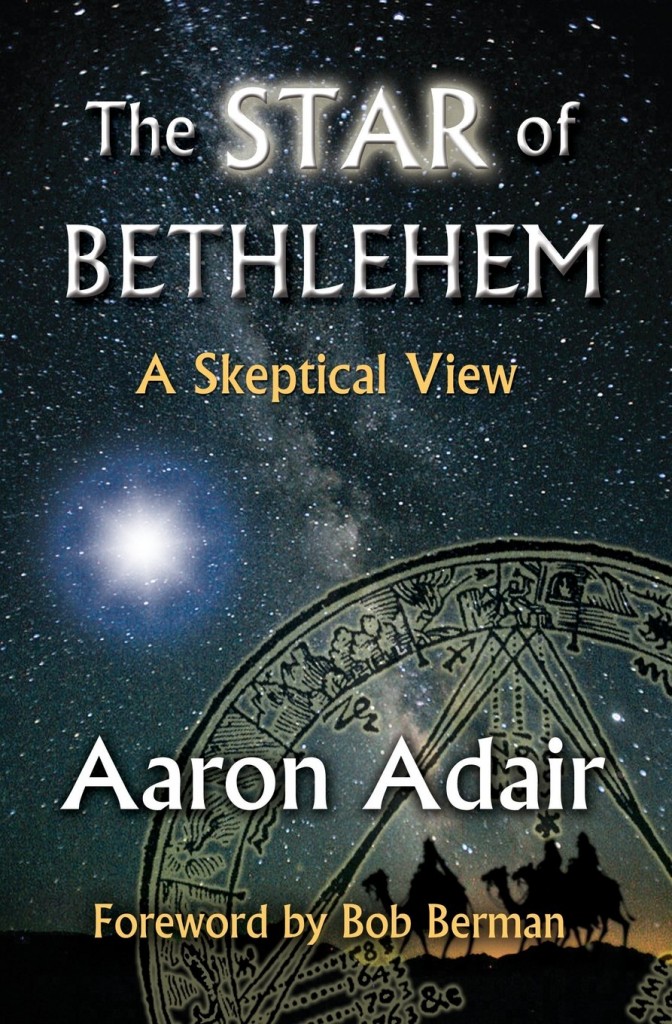 The description is as follows:

The Star of Bethlehem: A Skeptical View is an analysis of the astronomical portent found in the Gospel of Matthew which supposedly led the Magi from the East to the birthplace of Jesus. Throughout history, people have tried to connect the Star to real, naturalistic phenomena, as well as to explain it in other ways. Adair takes a thorough look at all of these explanatory attempts, using the tools of science and astronomy, and finds them fundamentally wanting. Take a trip through the heavens above with Adair as he critically explores many centuries of flawed hypotheses, looking to answer the question “Did the Star of Bethlehem really exist?” This book is at the conjunction of science and religion.

“Well researched, scientifically reasoned, elegantly concise, this book will long be required reading on the ‘Star of Bethlehem’. Full of fascinating historical facts, and better informed and more careful than any other book on the subject, this should be on the shelf of everyone interested in that legendary celestial event.” Richard Carrier, Ph.D., author of Proving History: Bayes’s Theorem and the Quest for the Historical Jesus.

“A fascinating and readable feat of hardcore historical legwork and keen scientific analysis.” David Fitzgerald, author of The Complete Heretic’s Guide to Western Religion: The Mormons.

“…tightly-argued, well-reasoned…. Adair masterfully demonstrates why every effort to rationalize the Star thus far has failed…. A concise and rigorous must-read for anyone interested in religion, history, and modern efforts to understand the past.” Jason Colavito, author of The Cult of Alien Gods.