Tristan Vick is the popular author of the BITTEN Resurrection Virus saga, which includes BITTEN: A Resurrection Thriller (available on Amazon.com now) and its sequel BITTEN 2: Land of the Rising Dead (coming March 2016 by Winlock Press). Tristan Vick is currently busy writing the third novel of the series, BITTEN 3: Kingdom of the Living Dead, due out in the fall of 2016 by Winlock Press. 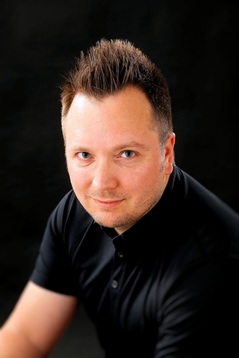 Along with his fiction works, he is also the editor of several non-fiction religion and philosophy anthologies including Reason Against Blasphemy, Seasons of Freethought, and Beyond an Absence of Faith. His original non-fiction works include Ignosticism: A Philosophical Defense for Atheism, The Advocatus Atheist: A Collection of Essays, and The Swedish Fish: Deflating the Scuba Diver and Working the Rabbit’s Foot which was edited by the theologian and New Testament historian Robert M. Price.

In addition to being professionally published, Tristan Vick continues to self-publish under his own imprints of Hungry Word Publications and Regolith Publications. While his Hungry Word imprint focuses mainly on his non-fiction work, including his books on religion and philosophy, the Regolith Publications imprint focuses on releasing his fiction work, including his science fiction, fantasy, and other speculative fiction novels and stories.

Tristan Vick graduated from Montana State University with degrees in English Literature and Asian Cultural Studies. He speaks fluent Japanese and lives with his wife and children in Japan. When he’s not commuting on the train or teaching English, he spends his time reading, writing, blogging, binge-watching his favorite television shows, and eating sara-udon.

Beyond an Absence of Faith: Stories About the Loss of Faith and the Discovery of Self