Canadian author and skeptic, Rebecca Bradley, has written a slew of cracking books. We thought it would be nice to interview her as she has an interesting background and things to say. This interview comes on the back of the recent release of her superb book Cadon, Hunter as well as the ebook release of her The Lateral Truth: An Apostate’s Bible Stories. Her critically acclaimed fantasy series, The Gil Trilogy, has just been released on ebook, as has a collection of short horror stories, From Hades With Love.

Bradley has lived and worked in a number of places, and is an archaeologist by trade. Elements of her trade permeate through her writing, and she contributed a fine chapter on pseudoarcheology in the anthology 13 Reasons to Doubt. She blogs here at the Skeptic Ink Network under the name “The Lateral Truth“. Anyway, over to her:

I grew up in a large, loving, Evangelical family, with delightful parents whose dearest wish for their children was that we would all accept Jesus into our hearts, and eventually follow their footsteps into Evangelical heaven. Nothing notable happened to turn me off religion—but somehow, in my case, it just never took. I think I was a natural-born unbeliever, a black sheep, one of Ray Hyman’s mutants. I do not think I can take credit for it, any more than I can take credit for blue eyes or a robust digestive system.  I do not remember thinking things over and deciding I did not believe in a god; rather, I remember realizing with some dismay that I did not believe, and thereafter concealing my disbelief, like a zit under heavy makeup, until I was old enough to drift unobtrusively away.

But atheism and skepticism are not the same thing. Atheism came naturally and came first; I had to wait a bit for skepticism. As a teenager (and before) I was entranced by ghost stories, horror stories, high fantasy, and so-called nonfiction about strange phenomena, all read in the same spirit of voracious enjoyment. At fourteen, I was wowed by Tolkien; at fifteen, I was wowed by von Daniken. Both kinds of reading seemed to tweak the same neurons.

When I started university, I was interested in the world in general, but had not really started to think about it yet. I was in no danger of rebounding from Christianity into some other ideology, though there was a whole buffet of belief systems available, some of them quite intriguing. BUT, having passed unconverted through a fundamentalist childhood, I was not about to join up with any other set of believers. Being cheap helped, too—for example, Transcendental Meditation sounded quite cool until I found out you had to pay real money to get a personalized mantra, and that was the end of that. By this point, too, I had outgrown von Daniken and his ilk, largely because their books promised so much and delivered so little—like the billboard outside a freak show that promises a human alligator, and delivers a guy with a skin condition. Anyway, archaeology was much more fun, and made more sense.

The Archaeology Department in Calgary in the 1970s was like a large extended family who got to go camping together in nifty places like the jungles of Belize or the deserts of Sudan.  And though we had our full complement of weirdos and brats, it was also a place where skepticism was the default setting. This was the heyday of the “New Archaeology,” when objectivity, logical positivism, and hypothetico-deductive reasoning reigned, and it was easy to forget there was another world out there playing by different rules. Whatever tendency towards skepticism I may have been born with was certainly developed by exposure to this mindset and those people—some of whom are still my friends, decades later.

Are you thinking of the sort of thing that happens in biblical archaeology, where the pressure used to be on to find David’s slingshot, or Herod’s chamberpot, and so forth, to confirm the Bible? That was not a problem in Meroitic studies. In fact, one of the biggest problems for Meroitic studies was that nobody but Meroitic scholars had ever heard of it.

But this is a good opportunity to point out one of the many misconceptions that pseudo-archaeologists have about archaeology as an academic discipline. One of the lines they peddle is that archaeology is a fortress of orthodoxy, where nobody dares to contradict the establishment, or think outside the box, or even to look objectively at the data—which would be the sort of barrier you’re asking about. Nothing could be further from the truth. You only have to look at how dramatically our picture of the past has changed over the last century, in response to more data, more sophisticated analytical techniques, and fresh theoretical approaches. Whereas the pseuds, in contrast, are still trotting out theories that were debunked decades or even centuries ago, thinking that they’re new and fresh.

“Civilized” can be a loaded word. As popularly used, it implies better, nicer, kinder, as in a “civilized divorce.” As a technical term in archaeology and cultural anthropology, however, it just designates a certain high level of complexity in social organization: populous, dense, centralized, and hierarchical, a “state-organized society.” Used this way, no value judgment is implied—civilizations are not necessarily better, nicer, or kinder, just more complex. So the three societies clashing in Cadon, Hunter are conveniently ranged along the continuum of social complexity: Cadon’s bunch is a loose confederation of bands, Lazoon is a complex chiefdom, Balimhavar is a state-organized society, a “civilization”. 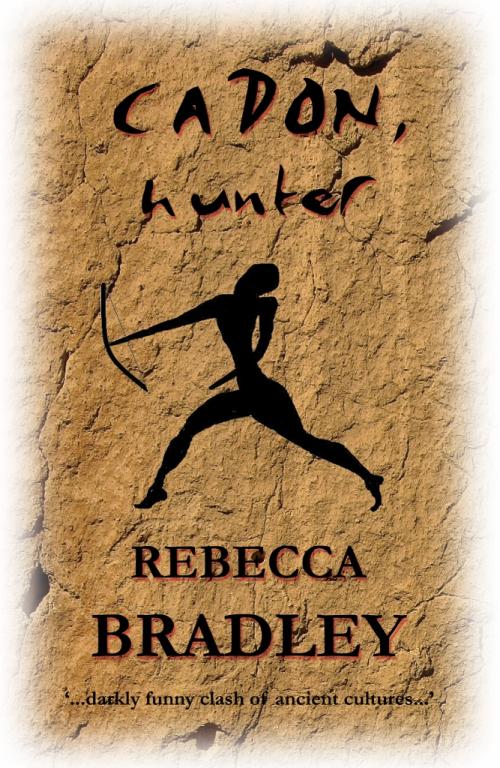 One thing I did want to highlight was that the people of band-level societies are neither anarchic, lawless savages on the one hand, nor “noble savages” on the other. Nor, heaven knows, did I want to perpetuate the irritating Age of Matriarchy myth. I based Cadon’s culture on that of archaeological groups in Late Paleolithic/Early Mesolithic Europe, filled out with elements borrowed from several later transhumant societies. It is not strongly hierarchical—its Big Men earn their positions (“achieved status”), and its women have power in their own sphere, reflected in an ancestral religion where the legendary Old Man and Old Woman divide responsibility for the world.

But a critical thing happens at higher levels of social complexity: hierarchy, the emergence of elites, with all the potential nastiness which that implies. Leadership becomes hereditary (“ascribed”); religion formalizes and becomes a tool (or a weapon) of social control—like the proverbial blunt instrument. In Cadon, Hunter, the Lazooners are a long-sedentarized branch of Cadon’s people, and the religious tradition has dropped the Old Woman and evolved almost out of recognition. Balimhavar (a separate tradition, notionally located on the Black Sea) is even further along that road, with the deification of the hereditary ruler. I found it very entertaining to work out the reactions of each group to the beliefs and rituals of the others: shock, hilarity, skepticism, stern disapproval.

This one was a lot of fun: a book of stories that took specific incidents in the Bible and followed them through to their logical conclusions. Much of it was built on the private view I took of stories told to us in Sunday school, where I thought (for example) that Samson had to be an idiot, and Moses a bully; that Jacob was hilarious, Bethesda was a cruel con-game, Martha was right all along, and Job’s wife got a truly raw deal.

I filled the volume out with a trio of stories that were not directly derived from the Bible, but carried on with the same very dim view of religiosity, messiahs, scriptures, and so forth. I killed off Julian the Apostate in the first one and Giordano Bruno in the second, and then sent them off to have lunch together in Heaven, at the Lost Souls Bar and Grill—a story that sums up pretty much everything I think about the origins and evolution of religion.

I lived, worked, and travelled in a number of Muslim countries—Sudan, Egypt, Kuwait, Saudi, Syria, Qatar, and the Emirates—and Lesson One was to keep your mouth shut about religion. When you applied for a visa, there was no nonsense about putting “NONE” in the box for your religion; you wrote down “CHRISTIAN,” or you could kiss goodbye to your chances of a visa. You did not talk about Islam except with trusted friends, you did not mention the Prophet in public, you did not make jokes that could be construed as anti-religious, you said nothing that could be even remotely interpreted as proselytizing for Christianity. If you were so foolish as to do any of those things, you could get in deep trouble, to the point of deportation or even jail—like that hapless British teacher in Khartoum who allowed her elementary-school class to name their teddy-bear mascot “Mohammed.” Our secular-minded Muslim friends had to be just as guarded, if not more so.

Skepticism on nonreligious fronts was okay, as long as it did not deliver any glancing blows to Quranic superstitions.  I subscribed to the Skeptical Inquirer while living in Kuwait, and it usually made it past the postal censors unscathed.

Hong Kong was a hotbed of superstition—I’m talking about the expat community. Alternative medicine, psychics, astrology, reiki, tarot, all sorts of New Agey stuff, were all big business. As for the locals, they seemed to me—as an outsider—to combine hard-headed pragmatism with strong traditions about magical ways to influence your fortunes for good or ill, a rather practical, down-to-earth style of superstition.

Ow. I’m happy that Papa Pierre’s little boy is taking steps to repair some of the damage of the Harper years, but he worries me. On the plus side, I think he’s made some good moves on environmental and foreign issues, has begun to reverse Harper’s anti-science campaign of destruction, and is making the right noises about equality and diversity without going full-on SJW.  On the other hand, his extolling of Canadian unity when addressing Anglophone audiences does not jibe well with some rather nasty anti-West sentiments he has expressed in Quebec—as if he thinks nobody across the Quebec border can understand French. I’m among those who would not be heartbroken if Quebec did leave Confederation, but I like my politicians to be at least consistent in their blather. And what about that F35?

Well, he’s only been PM for about eight months. Ask me again in a year or so.