Categories Menu
Home » religion » What is a cult?

What is a cult? 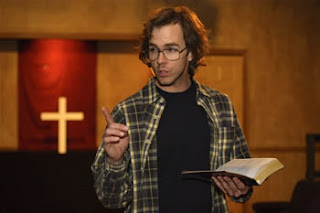 But what is a cult? And how does it differ from a mainstream religion?

Clearly the term has a negative connotation – there’s something sinister about cults.

Trouble is, when we try and identify what is sinister about them (there’s a family of or cluster of characteristics – see cult checklist), we find many mainstream religions also qualify.

This leads some to reject the use of the term “cult” as obviously there is nothing objectionable or sinister about mainstream religion (heaven forbid!). Here for example, is a bit from wiki on “cults”:

According to professor Timothy Miller from the University of Kansas in his 2003 Religious Movements in the United States, during the controversies over the new religious groups in the 1960s, the term “cult” came to mean something sinister, generally used to describe a movement at least potentially destructive to its members or to society. But he argues that no one yet has been able to define a “cult” in a way that enables the term to identify only problematic groups. Miller asserts that the attributes of groups often referred to as cults (see cult checklist), as defined by cult opponents, can be found in groups that few would consider cultist, such as Catholic religious orders or many evangelical Protestant churches. Miller argues:

“If the term does not enable us to distinguish between a pathological group and a legitimate one, then it has no real value. It is the religious equivalent of the racial term for African Americans—it conveys disdain and prejudice without having any valuable content.”[30]

Stephen adds: Check out various cult checklists here. Notice that most of these lists do indeed make many mainstream religions come out as cults. One notable exception is that most mainstream religions rarely now encourage you to spurn friends and family, whereas some (but by no means all) cults do. But perhaps that’s because, within these faiths, your friends and family are likely to be members of the same broad cult (or at least be not unsympathetic to it). Notice that C.S. Lewis suggested Christians spurn non-religious friends (in the Screwtape Letters) and Jesus himself instructed his followers to abandon their families to follow him.

Sye’s brand of Christianity, by the way, very strongly checks many of the boxes for being a “cult”. Even if we don’t want to say that all brands of religion are cult-like (there’s a sliding scale, I’d suggest, with different belief systems being more or less cult-like), Sye’s brand is certainly pretty cult-like. Fundamentalist Islam also checks pretty much all the boxes very strongly indeed (i.e. even the spurning non-believers – even if friends or family – bit).

Perhaps some cults are innocuous.