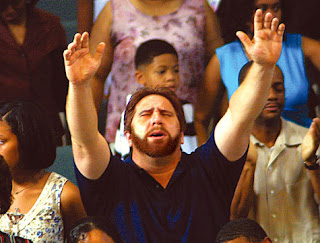 We have been discussing mystical experiences with Ibrahim Lawson (who defends a sort of Islamic mysticism) and others. Let’s sum up a bit:

I am sceptical about such experiences for many reasons including these three:

(1) It seems to me we have good reason to expect people to report mystical experiences anyway, whether or not any mystical reality exists , because of what we know about human beings, including that:

(i) they are prone to all sorts of weird experiences (on a scale ranging from fairly everyday moments of euphoria, etc. to full-blown schizophrenic hallucinations, delusions, etc.).

Given we should expect such experiences anyway, the fact that people do report such mystical experiences gives us no grounds for believing in such a reality.

(2) These experiences contradict each other. e.g. Buddhists have revelatory experiences of there being no God, Christians and Muslims, one God, and Norse and Romans, many Gods. Some experience a God of compassion and love, others (the Mayans) a God or gods who demand blood sacrifices, etc. Clearly, then, many of these experiences are at least partly deceptive. Despite the fact that those having them often find them utterly compelling.

(3) In so far as these experiences supposedly reveal a God of love and infinite power, well, we have overwhelming empirical evidence that there is no such being (the problem of evil), and thus that such experiences must be delusional.

So, it’s not just true that we have no evidence for such a mystical faculty, we also have very good reason to be highly suspicious of such claims, and indeed, incontrovertible evidence that much of what these experiences reveal is delusional.

Now, the mystic tells me that, nevertheless, his experience reveals to him, with complete certainty, that there is no other God but Allah and Mohammad is his prophet.

We point to the evidence that he should probably be a little more circumspect and cautious about taking his experience at face value.

He responds by “going nuclear” and insisting we are in the grip of fascistic, Enlightenment-inspired scientism/rationalism. We need to open ourselves up to alternative ways of thinking, which are equally “valid” (where have I heard that before? Oh yes – astrologers, soothsayers, purveyors of magical cures and snake oil, etc., etc., etc.)