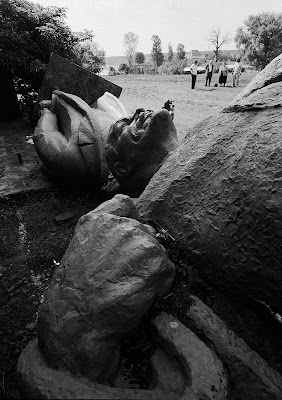 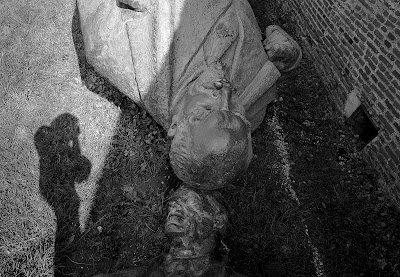 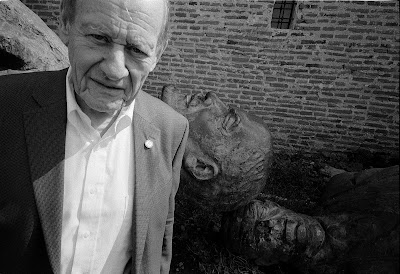 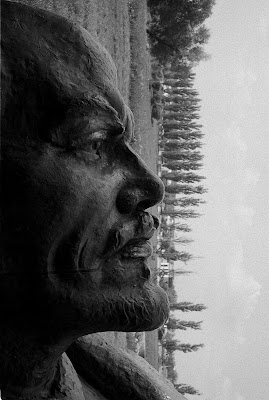 While in Romania, we went out to the countryside and looked round a palace. And there, tucked away behind a wall, we found Lenin.

The statue used to stand outside the Ministry in charge of the press.

The other statue is a communist Romanian whose name I forget.These things were big. Took some effort to climb up on Lenin’s chest.

That’s me as a shadow by Lenin’s shoulder, and Prof. Paul Kurtz of CFI close up.