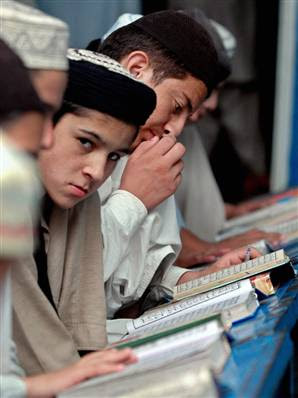 Half a century ago, most faith schools offered a pretty rigid form of religious education in which dissent, independent critical thought, etc. from pupils was certainly not encouraged, and was in fact usually suppressed in one way or another.

Fashions change. Nowadays, the tendency is to say that of course children should be encouraged to think and question, even when it comes to religion (though this may well immediately be qualified by “But not too early or too much!”).

I think many religious schools are in something of a quandry on this point. On the one hand, they want to pay at least lip service to the idea that children should be raised to be autonomous critical thinkers; on the other hand, there’s a suspicion that this might erode the faith, and perhaps also lead children into immorality, etc.

My view is that we certainly should raise children to be very robust critical thinkers even about morality and religion.

It’s easy to pay lip service to the idea of free and open discussion and critical thinking, while actually heavily psychologically manipulating people.

Would those schools that say they foster independent thought welcome followers of other religions, and also atheists and humanists, into their classrooms to foster robust discussion of the school’s religion and raise some challenging questions?

I know from personal experience that, in the UK, many religious schools would certainly NOT welcome that, which suggests that, while these schools may say they encourage independent thought and debate, it’s actually debate of a very stage-managed kind.

Certainly, that there’s critical discussion of, say, the Bible is not enough. Go to a Bible reading group and you’ll find a lot of critical discussion, but of course it all takes place within the framework of a faith – which is never questioned. The question of whether the faith itself is true just doesn’t come up.

I think it should come up, in all schools. Am I right? Is that a fair demand?