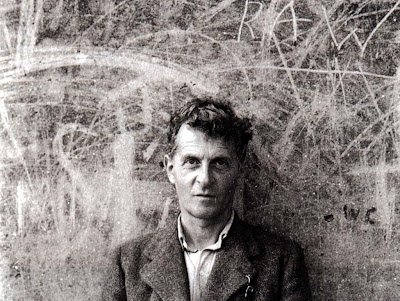 Sam has been trying to get himself off the hook re. Celtic Chimps’s perceptive comment on this blog, produced below:

“I eventually had to give up arguing with Sam. His beliefs are so vague and insubstantial that I have come to doubt that Sam himself knows what he believes. I think ‘God cannot be the member of any set’ was the straw that broke the camels back. I offer fair and honest warning to anyone with a healthy respect for actually taking a definable position. Debating with Sam is like going to the movies to see a film. There are tons of adverts for forthcoming movies and then the credits roll.”

Sam’s response to Celtic Chimp is to invoke Wittgenstein. Wittgenstein said it is a mistake always to look for philosophical definitions of terms, i.e. in terms of necessary and sufficient conditions. Sure, we can define “triangle” and bachelor” like that (“A bachelor is an unmarried male” – gives singly necessary and jointly sufficient conditions for bachelorhood), but most words cannot be defined in this way. If you want to know what they mean, suggests W, look at how they are used.

Rev. Sam takes solace in this thought that some terms cannot be defined, and that their meaning is often best explained by looking at how they are used. He says:

“The reason why the Chimp finds me evasive, and others call me ‘more slippery than soap’ is because a) I don’t believe we can define God, b) I don’t think definitions are the be-all and end-all of fruitful discussion, but most of all c) because I accept that ‘practice gives the words their sense’ – and it is only by attending to the practice of Christian life, most of all in the Eucharist, that Christian understandings of God can be found.”

But this doesn’t get Sam out of trouble.

The key point that Sam overlooks is that Wittgenstein thinks that the meaning of our words is clear, and can be explained clearly, in various ways, e.g. by ostensive definition (e.g.pointing and saying the word), and/or by giving examples of its use, and so on – i.e. the ordinary everyday ways we explain what we mean to each other.

There’s nothing “mysterious” at all about what words mean. Nor is there anything more to the meaning of our words than can be explained in such ways. We just need to avoid insisting that only a philosophical definition (in terms of nec and suff. conditions) of a word will do.

Trouble is, not only does Sam not give a necessary-and-sufficient-condition type definition of “god”, he refuses to give ANY clear explanation of what he means by “god”.

Now Wittgenstein would not endorse that! W’s view, remember, is that there’s no mystery about what our words mean.

Yet Sam’s is clear that the meaning of “god” is very mysterious indeed! Indeed, Sam makes a virtue of this mystery, and uses it to endlessly sidestep criticism. That’s not only profoundly unWittgensteinian, it’s downright evasive!

Wittgenstein would surely say that, to the extent that the meaning of a word is not, or cannot be, explained in such a familiar, everyday, public manner, it has no meaning.

But that “god” cannot be explained in such a way seems to be precisely Sam’s point. Wittgensteinian conclusion: it has no meaning.

Your move, Sam. Either explain clearly what you mean by “god”, or else have us Wittgensteinians conclude, along with Celtic Chimp, that, as you use the term, it doesn’t really have much, if any, meaning.

Then we can go and have a discussion with Richard Swinburne who does, at least, have the balls to say up front, clearly and precisely, what he’s talking about.

POST SCRIPT: I imagine Sam will now point to the word “god” being used in the Eucharist etc. and say: “There you go, that’s how the word is used. And meaning is use. So that now clearly explains what “god” means!”

But of course this doesn’t help with the problem of evil, not until Sam tells us what‘s being done with the word in this context. All that pointing to the Eucharist establishes is that “God” has a use. But what is that use? How is it being used in that setting? Is it being used to make claims, to express emotional attitudes, to express linguistic rules, or what?