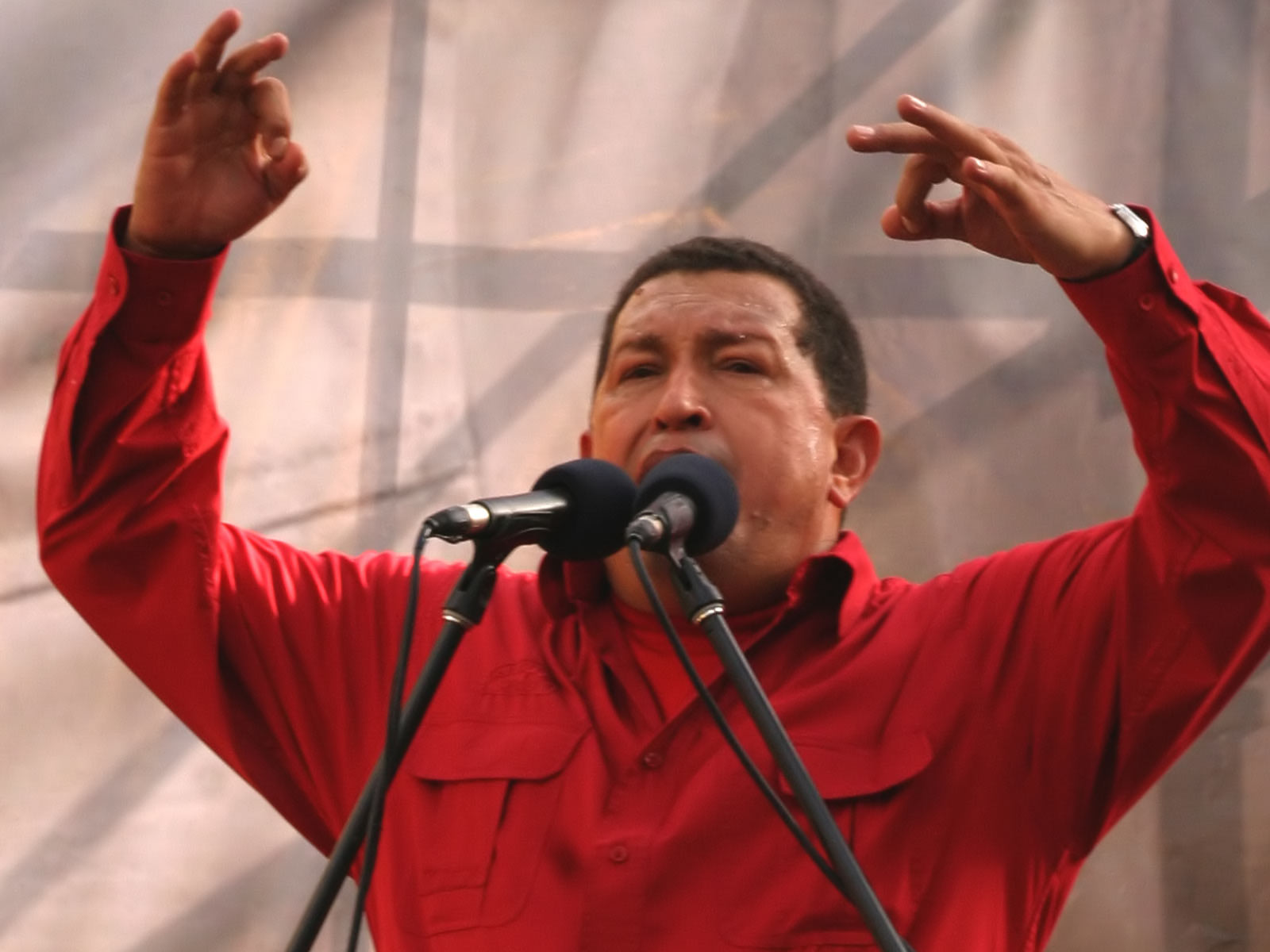 I really didn’t wanted to write this, mainly because I am no Andrew Breitbart.

But, at the same time, I think this is the most suitable time to write this, because it can shed some light into some of the Hugo Chávez worst wrongdoings amongst many.

Let me be clear – I am in no way happy because another human being is dead. I couldn’t. I am happy because a tyrant is apart from power and he can no longer play with other people’s lives.

Let’s set the record straight: Chávez set up a fetishist messianic cult for himself and Simón Bolívar, El Libertador -and this one, was also a piece of work, but I’ll tell you about him some other time-.

By no means was he a democrat.

He was a military who failed a coup d’etat during 1992. That should have been a great, large, red flag about Hugo Chávez being no friend of democracy before he was first elected, in 1998.

Then, after he was in office, nothing would get him out of it – not even a clean democratic campaign. Thanks to his demagoguery, he got enough popular votes for a referendum in order to change the Constitution and keep himself in power -he was reelected three times after that-.

Chávez was no fan, either, of Human Rights. He had political prisoners. A group of his political prisoners became known as the Caracas Nine, nine people which were held captive against their will, with no verdict at all, no process or anything of the likes.

This kind of situations and the hostile environment against any kind of opposition led Human Rights Watch to denounce human rights violations in the country. Chávez responded how? He kicked out José Miguel Vivanco, HRW’s American division director. Yeah, he was mature enough like that.  (Funny story: Chávez claimed Vivanco was some sort of right partisan and CIA stooge, so Vivanco had to come to Colombia; here, our then President, far-right politician Álvaro Uribe Vélez, also kicked out Vivanco when HRW’s report about Colombia was as sad as Venezuela’s.)

And free speech didn’t do any better. Chávez did almost everything he could to silence any kind of opposition and dissent. That’s why the only openly anti-Chávez newschannel is Globovisión, which had enough money to keep airing, from abroad, after the Bolivarian government fined them sistematically and didn’t allow them to keep broadcasting from within the country. I would go far enough to claim this toxic attitude towards free speech is contagious. No wonder Rafael Correa has selective disdain for the media. And actor Sean Penn, a close friend of Chávez, once said those who called Chávez a dictator “should be jailed” – no due process, no right to defend yourself, no free speech. A go-to jail card, just for having an opinion.

It’s not like Chávez only posed a risk to civilisation because he was Mahmoud Ahmadinjad‘s BFF. And this was one of many Chávez’ questionable friendships, like those with the Jackal, Mugabe, Amin, Bashar al-Assad, Omar al-Bashir and Moammar Gadhafi.

Nor he was a social justice hero.

Chávez came up with a cartoonish name for his movement: Socialism of the 21st Century, which was based in Bolivar’s cult. Well, that doesn’t sound about right – Karl Marx, you know, the Socialism ideologue, despised Simón Bolívar and there was no room for interpretation on that. My guess? Chávez didn’t even know what he was doing. He was a crazy, resentful man, who despised America, the West and the whole civilisation.

He raised the minimum wage, some might tell me. That’s right, he did. And you’d have to be economically illiterate to not know the more amount of circulating money there is, there’s an erosion in the purchasing power of money – what economists call inflation. You can only increase the amount of circulating money when your economy is growing… and Venezuela’s wasn’t. Even Heinz Dieterich Steffan stopped advising Chávez on economic issues, because he wasn’t thorough.

Venezuela’s economy has always depended on oil. When Chávez came to power, the economy went good for the first two years, and then, low prices started to have a negative impact on the country’s economy. Chávez took it out on the workers of PdVSA -Venezuelan state oil company-, professionals, educated people, and fired them, replacing them with know-nothings who happened to follow Chávez’ ideology – whatever that was.

A keynote to bear in mind – despite how much Chávez hated America, he couldn’t afford that hate, Venezuela depends on America buying it’s oil, and Chávez was more than willing to sell oil to American companies.

So the whole country didn’t bankrupt entirely and poverty declined, yes. But crime rates soared to the point it is actually one of the most unsafe and insecure countries.

In addition to that, Chávez was an important ally for Farc (Fuerzas Armadas Revolucionarias de Colombia – Revolutionary Armed Forces of Colombia), a narco-terrorist group whose members have comitted atrocious crimes   for more than 50 years. Every time Colombia’s army was onto them, Venezuela would provide safety and aid to terrorists. I fail to see how can someone protect a terrorist gang that uses landmines and recruits children and say that person is some kind of social justice hero or humanitarian. It’s neither!

I’ve saved the worst for the end. Hugo Chávez didn’t like knowledge. The PdVSA fiasco should be enough proof, but I will give you more. When everyone learnt Hugo Chávez had cancer, he started wasting taxpayers’ money on superstition, big time. Native superstition, Christian superstition, Shamans, natives’ religion again, Ecumenism, whatever not evidence-based belief-kit came his way. He even thanked god after one of his surgeries performed by Cuban physicians was a success.

But that was him. For the rest of his fellow countrymen, they would need to go to Venezuelan doctors, which is an issue, because Chávez reformed the law of medical practice and put at the same level actual physicians with quacks. Yeah, that’s right. Whenever you go to a Venezuelan hospital you could be lucky or you could be treated by a Holistic Community doctor (Médico Integral Comunitario – MIC), who are ‘taught natural and traditional medicine’. FYI, the first graduated MICs failed all the Medicine National Academy tests – nevertheless, they’re considered the same as regular, actual, professional doctors.

Ohh, yeah! That too. Despite all the evidence to the contrary, Chávez believed 1969 moon landing was a hoax. This is Christopher Hitchens‘ account of how he found out:

All of this so-called evidence, too, was a mere product of imperialist television. After all, “there is film of the Americans landing on the moon,” he scoffed. “Does that mean the moon shot really happened? In the film, the Yanqui flag is flying straight out. So, is there wind on the moon?” As Chávez beamed with triumph at this logic, an awkwardness descended on my comrades, and on the conversation.

Furthermore, Chávez accused USA of being responsible for the 2010 Haiti earthquake, and top it off, it was HAARP, according to Venezuelan media.

That was one of many times Chávez claimed ‘teh Empire‘ was to be held accountable for something it wasn’t involved with. The most pathetic example was that one time he claimed US had given him cancer (!).

And yet, many people claim to be saddened by his decease. I can’t say I am.