The Chief Rabbi, Jonathan Sacks, has accused Richard Dawkins of being anti-semitic (POST SCRIPT – sachs subsequently explains it’s Dawkins’s work he is calling profoundly antisemitic, not Dawkins the man). That’s a pretty serious charge (even qualified by my PS).

In a BBC TV exchange (which you can view here), Sacks says that a passage in Dawkins’s book The God Delusion – in which Dawkins says that “the God of the Old Testament” is a “vindictive, bloodthirsty ethnic cleanser” as well as “misogynist”, “homophobic”, “racist”, “pestilential” and “infanticidal” – is “profoundly anti-semitic”. According to Sacks, the passage reflects a centuries-old anti-Jewish attitude.

Of course there are centuries-old anti-Jewish attitudes, but this is not an example.

According to Sacks, Dawkins has misunderstood those sections of the Hebrew Bible because he is a “Christian atheist” rather than a “Jewish atheist”. 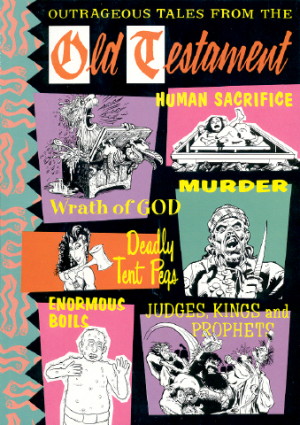 
The truth, of course, is that Dawkins read the Old Testament in the way almost anyone one would coming to it for the first time, be they Christian or not.

Alexander Waugh has a nice illustration of this in his book God – The Biography:

Randolph Churchill, son of Winston, had been annoying his friends by talking too much. They wagered he could not keep quiet for a week. Churchill, a keen gambler, thought he could win the bet by reading the Bible. But he didn’t last long. After a few pages, he was heard to exclaim, “God! God’s a shit!”

Randolph didn’t come to the shocking conclusion that God’s a shit because he was already committed to reading the Old Testament in an anti-semitic way, but because that’s the conclusion that any sensible person would draw after reading it at first blush.

In fact, Dawkins’s point is hardly new. As the Christian Paul Copan points out, Enlightenment thinkers like Robert Ingersoll were arguing back in the 19th Century that the God of the Old Testament was a cruel and unjust person, and that no one in their right mind could be a Christian as a result.

Argue, if you wish (and as the above linked posts do), that those atheists who draw the conclusion that the God of the Old Testament is a monster are reading the OT texts in too literal a manner, or are at least unwarranted in drawing that conclusion based on the texts. But the atheist’s mistake, if there is one, is clearly not a product of some sort of deeply-ingrained, anti-semitic culture.