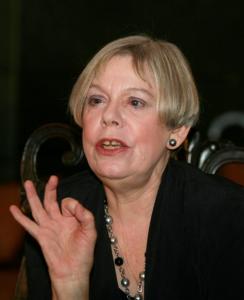 Redraft of some points I made before (in my book Believing Bullshit).

Many people insist that they have had reliable religious or psychic experiences. Yet there would appear to be good evidence that many of these experiences are delusional. Let’s focus on religious experiences. We know, for example, that:

(1) Religious experiences tend to be culturally specific. Christians experience the guiding hand of Jesus, while Muslims experience Allah. Just like experiences of alien abduction (reports of alien abduction pretty much stop at certain national borders), the character of religious experiences often changes at national borders. In Catholic countries, the Virgin Mary is often seen, but not over the border in a predominantly Muslim country. This strongly suggests that to a significant degree religious experiences are shaped by our cultural expectations—by the power of suggestion. And once we know that a large part of what is experienced is a result of the power of suggestion, we immediately have grounds for being somewhat suspicious about what remains.

(2) Religious experiences often contradict each other. George W. Bush’s gut told him God wanted war with Iraq. However, the religious antenna of other believers—including other Christians—told them God wanted peace. Some religious people claim to know by virtue of a revelatory experience that Christ is divine and was resurrected. Muslims, relying instead on the religious revelations of the prophet Mohammad, deny this. Religious experience reveals that some gods are cruel and vengeful, some even requiring the blood of children (the Mayan and Aztec gods, for example), while others are loving and kind. The religious experiences of some Buddhists reveal there’s no personal God, whereas those of many Christians, Jews, and Muslims reveal that there is but one personal God. Other religions have a pantheon of gods. Take a step back and look at the sweep of human history, and you find an extraordinary range of such experiences. Religious revelation has produced a vast hodge-podge of contradictory claims, many of which must, therefore, be false. Even those who believe they have had things directly revealed to them by God must acknowledge that a great many equally convinced people are deluded about what has supposedly been revealed to them.
There are similar reasons for supposing the bulk of psychic experiences are also delusional. What is revealed to psychics is often wrong, often contradicted by what other psychics claim, and so on.
The Common Core of Religious Experience—’Ineffable Transcendence’?
Some will say that it is unfair to lump all religious experiences together. There is a certain kind of experience—the sort enjoyed by the mystics of many different religions down through the centuries—that is essentially the same. What is this experiential common denominator? According to Karen Armstrong, it is an experience of ‘indescribable transcendence.’ Armstrong’s view is that ‘God’ is merely a symbol for this transcendence. Once we strip away the cultural artifacts peculiar to the different mainstream religions, we find they all have this common, experiential core.
According to Armstrong, such experiences of indescribable transcendence typically don’t just happen. Usually, they emerge only after subjects have committed themselves over an extended period of time to a particular sort of lifestyle—a religious lifestyle. Religion, on Armstrong’s way of thinking, is not a body of doctrine (how could it be, if that towards which religion is orientated is ineffable?) but an activity: the kind of activity that produces experiences of this sort. Religion, says Armstrong, is ‘a practical discipline, and its insights are not derived from abstract speculation but from spiritual exercises and a dedicated lifestyle.’ By engaging in certain religious practices and forms of life, maintains Armstrong, people can come to live ‘on a higher, divine or godlike plane and thus wake up their true selves.’

Some Noteworthy Features of Religious Practice
Suppose, then, that having immersed themselves in such a lifestyle, someone claims to ‘just know’ that there is indeed such an ineffable transcendence? Is it reasonable for us, or for them, to suppose they’ve achieved awareness of Armstrong’s ‘sacred reality’? I don’t believe so. As Armstrong acknowledges, religious practice takes many forms involving a variety of activities. An interesting feature of many of these activities is that we know they can induce interesting—sometimes rather beneficial—psychological states, even outside of a religious setting. Let’s look at some examples:

Meditation and prayer. Consider meditation. It has proven effects on both our psychology and physiology. It can reduce stress, lower blood pressure, and induce feelings of calm and contentment. Even atheists meditate to gain these benefits. Prayer can be a form of meditation, of course. Sometimes prayer and other devotional activities are accompanied by repetitive swaying or rocking motions known to induce a sense of well-being—the so-called jogger’s high (though this is not, as is widely believed, a result of releasing endorphins).
Isolation. Isolation can have a powerful psychological effect on people. It can render them more easily psychologically manipulated (which is why isolation is a favorite tool of interrogators) and can produce hallucinations and other altered states of consciousness. Many religions encourage periods of isolation for spiritual purposes—several days in the wilderness, say.
Fasting. Fasting, too, is known to produce some peculiar psychological states, including hallucinations, even outside of a religious setting.
Collective singing/chanting. Coming together in a large group to chant or sing can also be a very intoxicating experience, as anyone who has gone to a football game can testify.
Architecture. If you have ever entered a large cave by torchlight, you will know that it too can induce a powerful emotional experience. The darkness, echoing sounds, and glimpses of magnificent structures making one fearful and yet excited all at the same time—leading us to start talking in whispers. The echoing grandeur of many places of worship has a similar psychological effect.
Giving. Helping others in a face-to-face situation can be an immensely powerful psychological experience—often a deeply gratifying and positive experience, whether or not you happen to do it in a religious setting.
Ritual. Engaging in ritualistic activity often has a calming and beneficial effect, whether or not performed within a religious setting. For example, sportsmen and women often engage in rituals before competing (and can become very disturbed if for some reason the ritual cannot be performed because, e.g., their lucky shirt has been lost).
Religious practice typically involves at least some of, and usually many of, these activities. Activities we know can have a powerful psychological effect even outside of any religious setting. If people collectively engage in such activities with intensity of purpose over a long period of time, this might very well have a marked psychological effect. It might well produce some interesting, and quite possibly beneficial, psychological states.
If we then mix into this heady and intoxicating brew the suggestion that what people are experiencing or becoming psychologically attuned to as a result of long-term engagement in such a regime is some sort of ineffable transcendence, then, given the power of suggestion (see Piling Up the Anecdotes), many will probably become quite convinced that this is what’s going on.
The experiences and insights that, as a result of the regime, then coalesce under the label ‘God’ will no doubt be complex and difficult to articulate. There probably is a sense in which someone who has never been through such a regime will not fully appreciate what the experience is actually like for the subject, ‘from the inside,’ as it were. Those who have had such an experience will no doubt struggle to communicate its character in much the same way that someone who has been through, say, a war or childbirth may struggle. They may well have to resort to poetry or music or other art forms in order to convey its unique intensity.
Armstrong says:
It is clear that the meditation, yoga and rituals that work aesthetically on a congregation have, when practised assiduously over a lifetime, a marked effect on the personality—an effect that is another form of natural theology. There is no ‘born again’ conversion, but a slow, incremental and imperceptible transformation. . . . The effect of these practices cannot give us concrete information about God; it is certainly not a scientific ‘proof.’ But something indefinable happens to people who involve themselves in these disciplines with commitment and talent. The ‘something’ remains opaque, however, to those who do not undergo these disciplines.
While it may indeed be difficult for those of us that have not been through such a process to appreciate exactly what it’s like to be in the kind of psychological state it can produce, surely we have pretty good grounds for doubting that what is experienced is some sort of transcendent reality. Given what we know about human psychology, it’s likely that people put through such an intense regime over an extended period of time will think they have become attuned to such a reality anyway, whether or not any such reality exists, and whether or not they have obtained any sort of genuine insight into it.
I don’t wish to deny there is value in engaging in meditation, yoga, and so on. It may well be that those who engage in such practices gain some valuable insights into themselves and the human condition as a result. Certainly, there may be some positive psychological effects, such as a lasting sense of peace and contentment, from determinedly engaging in such activities over a long period of time, effects that will undoubtedly by magnified by the accompanying thought that what you are becoming attuned to is ‘God.’
But the claim that you have thereby become attuned to some sort of ‘sacred reality’ is dubious to say the least. Surely, given our understanding of human psychology, by far the best explanation of what people experience after having engaged in religious practice with dedication over long periods of time is not that they have become attuned to some sort of ineffable transcendence, but that they have succeeded in altering their own psychology by fairly well-understood mechanisms common to both the religious and nonreligious spheres, and that they have then mistakenly interpreted this alteration as their becoming attuned to such a reality.

The quotes from Karen Armstrong are drawn from her book The Case for God (London: Bodley Head, 2009).