New Scientist – interview with me on bullshit 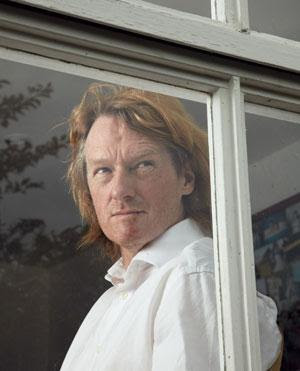 From New Scientist. The full interview is here.

How do people defend their beliefs in bizarre conspiracy theories or the power of crystals? Philosopher Stephen Law has tips for spotting their strategies

You describe your new book, Believing Bullshit, as a guide to avoid getting sucked into “intellectual black holes”. What are they?
Intellectual black holes are belief systems that draw people in and hold them captive so they become willing slaves of claptrap. Belief in homeopathy, psychic powers, alien abductions – these are examples of intellectual black holes. As you approach them, you need to be on your guard because if you get sucked in, it can be extremely difficult to think your way clear again.

But isn’t one person’s claptrap another’s truth?
There’s a belief system about water to which we all sign up: it freezes at 0 °C and boils at 100 °C. We are powerfully wedded to this but that doesn’t make it an intellectual black hole. That’s because these beliefs are genuinely reasonable. Beliefs at the core of intellectual black holes, however, aren’t reasonable. They merely appear so to those trapped inside.

You identify some strategies people use to defend black hole beliefs. Tell me about one of them – “playing the mystery card”?
This involves appealing to mystery to get out of intellectual hot water when someone is, say, propounding paranormal beliefs. They might say something like: “Ah, but this is beyond the ability of science and reason to decide. You, Mr Clever Dick Scientist, are guilty of scientism, of assuming science can answer every question.” This is often followed by that quote from Shakespeare’s Hamlet: “There are more things in heaven and earth, Horatio, than are dreamt of in your philosophy”. When you hear that, alarm bells should go off.

But even scientists admit that they can’t explain everything.
There probably are questions that science cannot answer. But what some people do to protect their beliefs is to draw a veil across reality and say, “you scientists can go up to the veil and apply your empirical methods this far, but no further”. Behind the veil they will put angels, aliens, psychic powers, God, ghosts and so on. Then they insist that there are special people who can see – if only dimly – through this veil. But the fact is that many of the claims made about things behind this veil have empirically observable consequences and that makes them scientifically testable.

Continues here. The best thing about this interview is the photo which makes me look like a moody Clint Eastwood.