The myth of a “scientific controversy” about ID 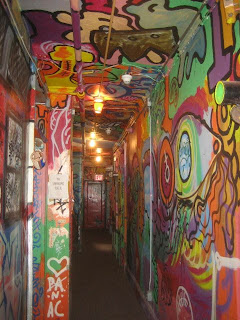 Here in Washington at the CFI World Congress. The next one, in two years time, might well be in London.

Many interesting talks, particularly from a panel of Muslims. Here’s one set of statistics I took from scientist Lawrence Krauss. He searched the 10 million peer reviewed science papers published over last 12 years. 115 were on “intelligent design”; however most were on engineering. Only 11 actually on ID. Of those, 8 were critical of the science behind ID and the other 3 were conference proceedings. In other words, there was not one peer reviewed article supporting ID. There is, in short, no “scientific controversy” about ID. The idea that we should be “fair” and “open-minded” by “teaching the scientific controversy” in classrooms is just bullshit.

Of course, Krauss knows the ID brigade say that the journals are biased against them. So he looked at books. There were 150 books on amazon on ID. But there were 165 on alien abduction. As Krauss says, if we are going to teach ID to kids in science class on this basis, then there’s as much reason to teach them the “scientific controversy” about about alien abduction.

I stopped over in NY on the way here and stayed at the Olde Carlton Arms Hotel on E 25th (photo), which I thought was great – thanks Wholeflaffer for recommendation. Walked over 20 miles going round Manhattan on Thursday, taking photos. When I got back to Hotel Friday afternoon the building across the street had caught fire and the FDNY were out in force.