Categories Menu
Home » Uncategorized » Should the Cardinal get a peerage?

Should the Cardinal get a peerage? 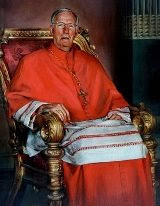 It almost goes without saying that having a legislative chamber that is made up by appointment is problematic, though not without some advantages. In this strange but not ineffective system, Cormac Murphy O’Connor could make a valuable contribution. The aggressive reaction of secularists towards such a development not only exposes the illiberal nature of their position but, worse than that, bears the hallmarks of an old but unattractive British habit: anti-Catholicism.

Topical given my debate with Prof Trigg yesterday…