Why is there anything at all? 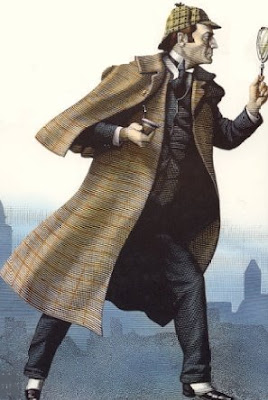 Sally and Mike N commented on previous post about the question, “Why is there something rather than nothing?” As Mike suggests, it is a very popular recruiting device among theists. It puts atheists on the defensive:

“Well, we theists can explain why the universe exists – so what’s your explanation, then?”

The atheist must admit they have not got one, which makes their position look weak. At the very least, the theist may think that, by getting the atheist to admit they don’t know the answer, the atheist is, in effect, admitting that, for all they know, God might be the answer. Theism and atheism end up on an equal footing, rationally speaking.

Actually, the question: “Why is there something rather than nothing?” may well not make sense.

But even if it does, it does not follow that, because the atheist must admit they don’t know the answer, then they cannot rule out the Judeo-Christian God as the answer.

Sherlock Holmes is having a bad day. There’s been a terrible murder. There are hundreds of suspects. And he just can’t figure out who dunnit.

However, while Holmes can’t say who the culprit is, he is quite sure that certain people are innocent. The butler, in particular, has a cast-iron alibi. So Holmes is rightly confident the butler didn’t do it, despite the fact that he doesn’t know who did.

In the same way, an atheist can admit that there is a mystery about why the universe exists, and that they are utterly baffled by it, while nevertheless insisting that there’s overwhelming evidence that, whoever or whatever created it (if anything) it certainly wasn’t the all-powerful, all-good God of Judeo-Christian theology.

Theists shouldn’t make the mistake of supposing that, because there’s a deep mystery about why there is anything at all, that puts theism and atheism on an equally rational/irrational footing. It doesn’t.

Incidentally, theologian Denys Turner is notable for suggesting that we atheistic moderns are inclined somehow to dismiss the question:

“Denys Turner (DT): Well, I think that you’ve got to find a way of asking a certain kind of question if you’re going to be a proper, card carrying, atheist. I think one begins to be a theist – to start at that end – when one realises that there’s a certain kind of question which gets swept off the agenda and my point was that you have to work quite hard to ensure that question doesn’t keep on re-emerging… and that question is, “Why is there anything at all?”, as distinct from, “How are things, given that we’ve got them?”…

…even more important than the question of whether God exists is the question of “What questions are legitimate?”, and the standard answer to, I suppose the theistic position in our time, is that the question which the name God appears to be some kind of answer to doesn’t make sense as a question – it gets ruled out. So it’s the agenda of questions which I would start and why is it that, umm, that a culture limits itself to asking, as it were, a set of routine questions which it has handily the methodologies for answering. It’s almost as if the methods we’ve got for answering questions dictate what questions we allow to be asked. And I just think there’s a very troubling question which kind of niggles on the edge of all the other questions.”