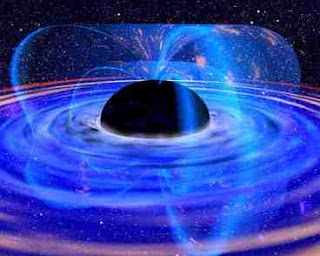 [This is partly in response to some excellent comments on the preceding post: The Emperor’s New Clothes. Commentators have suggested that appeals to God’s mysteriousness and ineffability in order to deal with rational objections can be perfectly legitimate. Possibly, but read on…]

Suppose I believe in an evil God. A supremely evil and powerful being. God is hate. Sometimes I even appear to sense this at some deep level of my being. The world seems to me infused with a ghastly, horrific pallor that reflects the infinitely depraved character of its maker (apparently, such horrific visions are not uncommon among some mentally deranged folk).

So gripped am I by this vision of the world that I even write poetry about it in attempt to express what it seems to me I have glimpsed of the fundamental character of reality.

You, of course, think I must be a borderline nutcase. You point out there’s a great deal of evidence against the existence of such an evil being. Why on earth would he give us love, laughter and rainbows? Why would he give us beauty? Children who love us unconditionally? And so on. The world just ain’t bad enough to be the creation of such a being.

I respond by playing the “mystery” card.

I say, “Ah, but you are taking me far too literally. When I say God is evil, I don’t mean what we normally mean by ‘evil’ but something far deeper and ineffable, so that his transcendental evilness is really, in some mysterious way, compatible with these things you consider good.”

I might also try this: “God is profoundly, transcendentally evil – evil in a way that extends far beyond any modest conception of him we might possess. So I am not surprised you are struggling to make sense of him.”

I might add to this recipe: “Indeed, there are good reasons why he will not want to make the depths of his depravity entirely obvious. For example, he can actually increase evil by not fully revealing himself. So there are good reasons why we struggle to recognize his existence, or even make sense of him. We should expect not to be able to make sense of it all. So the fact that neither you nor I can make sense of it doesn’t give us any grounds for supposing it’s not true. And I have glimpsed that it is true.”

Cherry on the cake: “I find the best way to express what I have glimpsed to be true is through poetry and analogy. True, that makes it very hard for you to criticise what I believe. But hey – it’s your problem, not mine, if you are so literal-minded and unsophisticated that you can’t grasp what my poetry expresses.”

These are precisely the sort of moves an intelligent schizophrenic might make to defend their beliefs (in fact, aren’t such evasive, self-sealing patterns of thought actually rather typical of certain forms of mental illness?).

By such means, it is possible to construct an impregnable fortress around ones belief system, rendering it utterly immune to any sort of rational criticism.

These are, of course, standard moves of the cultists. It is by such means that they trap people inside their wacky belief systems. Once you’re caught inside one of these self-sealing bubbles of belief, it can be very hard to think your way out again (especially if you’re a child).

Surely, anyone who encounters a belief system possessing such features should be very wary indeed. Alarms should be going off. For they are now skirting dangerously close to the intellectual equivalent of a black hole.

The question is, do we have good grounds for thinking someone who thinks in this way is deluded? Notwithstanding their appeals to mystery and poetry and the ineffable?

I think we do, don’t we? Certainly, we have every reason to suppose that their appeals to mystery, ineffability, etc., are what the great Woody Allen would call “so much chin music”.

Punchline: If we consider the nutcases’ appeals to mystery, ineffability and poetry to be “so much chin music”, why should we consider the very same manoeuvres more rational when made by the religious?