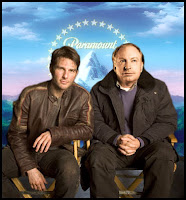 I want to share some evidence with you today. I am a scientologist. And (like St Paul) I offer you this personal eye-witness testimony: that I saw L. Ron Hubbard, the founder of the movement, with my own eyes, and spoke with him, recently (he died in 1986).

In addition, I can provide documents, written by scientologists (I don’t know who they are exactly but let’s call them Maurice, Mick, Louise and Jane) which report not only Ron’s life, but also that he was seen and spoken to by many scientologists shortly after his death. And these documents agree perfectly.

I think you have to agree that this is pretty good evidence that L. Ron Hubbard was resurrected, right?

Of course, I guess you don’t. But if you don’t – if you think my evidence is something of a joke – yet you do consider the evidence for Jesus’ resurrection provided by St Paul and Matthew, Mark, Luke and John to be pretty good, can you explain why?

Of course there are important differences between this evidence and the evidence for Jesus’s resurrection, e.g.:

(i) we have very solid, independent evidence that at least L. Ron Hubbard really existed and died in a certain way. That’s debatable in the case of Jesus (we’ve got Josephus and Tacitus, who are perhaps only reporting what Christians told them – in which case their evidence is not “independent” at all).
(ii) the evidence is very recent, and presented in person, not by thousands of years old documents, as in the case of Jesus.
(iii) in the case of Jesus, we know many more gospels were written (if in at least some cases rather later) and that they tell rather different stories – so we know that gospel-writers at about that time could be, shall we say, “creative”.
(iv) Koranic “scholars” similarly insist the Koran is reliable, and, er, the Koran says explicitly that Jesus was not crucified (so I guess a great many textual “scholars” must be wrong – um, which of these expert textual “scholars” should I listen to: the Christian ones or the Muslim ones?)

I don’t want to make anything at all hang on these four points, however.

Biblical “scholars” often say: we have as much evidence for Jesus’s existence, crucifixion and resurrection as we do for other historical figures and events that we readily accept were real.

The trouble is, as the great Carl Sagan puts it, “extraordinary claims require extraordinary evidence”. If I say I met L. Ron Hubbard before he died, hey, that’s pretty good evidence that I did. If I say I met him after he died – well, my saying that I did is no longer nearly enough, is it? Indeed, anything else I claim about him is now immediately thrown into serious doubt.

Of course I am no Biblical scholar (but then I bet you lot casually chucking out my L. Ron Hubbard story aren’t scholars of Scientology, are you?). No doubt I will now told by such scholars that the evidence for Jesus’s resurrection provided by St. Paul and the four Gospels is much better than this evidence for Hubbard’s resurrection. I look forward to that…

P.S. Incidentally, I was asked to do a debate with Gary Habermas (see preceding post) at Edinburgh University, but was told I had to restrict myself to the historicity of Jesus’s resurrection (a topic to which Gary has apparently devoted much of his life). Of course, that entirely clipped my wings, so I declined (also, I am no historian).

N.B. Image is of Tom Cruise with L. Ron Hubbard.

POST SCRIPT: This post is partly in response to Chris bringing up historical evidence for Jesus’s crucifixion [see comments on preceding post. Here is what Chris said:

There are many good reasons to believe that the historical Jesus of Nazareth was crucified.

Firstly, it is recorded in all four gospels, with remarkable agreement. The pericope appears to have been handed down in whole, and is as such more reliable.

Secondly, the crucifixion is mentioned by Tacitus, a Roman historian who is known to be greatly reliable.

Thirdly, crucifixion was considered a horrible death by people generally at the time. It is extremely unlikely that those who followed Jesus would invent such a horrific death for him.

Fourthly, for Jews, crucifixion showed Jesus to be cursed of God (Deuteronomy 21:22-23). As the Evangelists believed Jesus to be the Messiah, it is historically ridiculous to say that they invented a crucifixion story. It presented a barrier to belief in Jesus, so would not have been fabricated.

Fiftly, no competing death story exists. If the crucifixion were a legend, we would expect other conflicting legends.

For these reasons among others, New Testament scholarship is universally agreed that Jesus of Nazareth died by crucifixion.