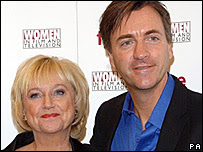 “[T]he company behind a quiz on the Richard & Judy show was fined for urging callers to enter after winners had been picked.”

Regarding the upset over those who entered a Channel 4 phone-in competition (and were charged for doing so) when the winner had already been picked, I have to say, I don’t really get it.

You enter the competition with an epistemic probability of winning of, say, one in a million. You all know one million entered, and there will be only one winner. None of you have any idea who it will be.

Of course, your objective chance of winning (the physical probability, if you like) depends on how we set the parameters. For example, given the laws of nature and antecedent physical conditions, it may be that the winner was determined months or even years beforehand. Given these laws and initial conditions, your chances of winning are zero and those of Bert (the eventual winner) are 100%.

Does the fact that the physical probability of Bert winning is 100% mean the competition is not fair? Of course not.

Unfortunately, probability theory is not really my forte. Anyone care to help me out?

[N.b. This case seems analogous to the following. Six people each choose a number on a dice. The dice is rolled and one person wins. Does the fact that the dice was, in fact, loaded make this competition unfair? No. Even if, because of the loading, it was a dead cert that the number 5 would win and the number 3 wouldn’t, there’s no unfairness – not even to the person who chose number 3. What matters is that everyone who enters enters with an equal epistemic (for-all-they-know) probability of winning.]