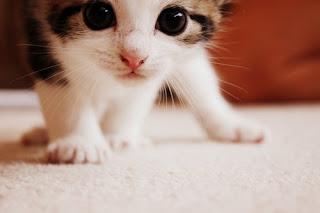 One of the rights that Americans and Western Europeans often forget is the right to disagree. This ability is fundamental to anything that may be viewed as a progressive, democratic or just society. Life is a battlefield of ideas, and the best ideas eventually win out. We may not see it happen in this generation, but hopefully our children will. So whenever people attempt to stifle the free speech of others, I get seriously angry. I remember being a frightened little Jewish girl in Russia and having to whisper secrets so that the evil Communists, whoever they were, wouldn’t overhear. I remember that fear. And I don’t want any children, ever, to suffer that fear again.

So, while I personally rarely swear, I defend the right of those who do. I may question their manners, tact, wisdom, or motives, but that’s as far as I’ll go. Further, I’m not offended by any derogatory terms that humans employ to debase group membership, such as gender, race, education, nationality, sexual orientation, or low socioeconomic class. The bad words are the symptom of the disease, but not the disease itself.  Negative words used in a positive light are, in my view, an indication that the horrors of tribalism are finally receding. Many gendered slurs have lost their power and thrust, thus leaving us pushing for greater and greater intellectual climax in the impassioned back and forth of heated debate. Similar observations can be made about group-based slurs of any stripe. In the end, people who use discriminatory language say a lot more about themselves, than about those whom they’re trying to offend in the first place (if offense is even the goal).

Personally, I try not to use objectionable slurs out of respect for others (though this is difficult, since almost every individual has a different list of words that are inherently “bad.”) Also, if I’m wrong in my analysis, I’d rather err on the side of caution. For me, these are valid reasons to generally abstain from adult-onset potty-mouth syndrome. Insults, especially on the internet, destroy arguments and turn them into insipid flame wars, which some moderators seem to, ahem, encourage. But it’s not the “bad words” standing alone that offend me. It’s the hurtful discriminatory sentiment hiding behind them. And it’s perfectly possible to be despicably racist and revoltingly sexist whilst using profoundly polite Queen’s English and sipping afternoon tea.

If you didn’t read any of the above, then let me quickly sum it up: please feel free to call me a slut or a twat any time you like, but don’t you dare fucking call me a  liar. And always keep in mind that the words you say define you, and not anyone else. Finally, if you have nothing more to worry about than “whether someone reduced [you] and all other women to their genitals by calling [you] a c**t,” then take up basket weaving, work in a soup kitchen, help homeless youth, be a Big Sister or Big Brother, donate money to help the plight of women living under Sharia law and, generally speaking, stop being such a cunt.