Now you can ghost hunt with confidence

If was ever lucky enough to be included in the ranks of MNPig (Minnesota Paranormal Investigators Group), I wouldn’t be caught dead (ha) without this little bad boy: 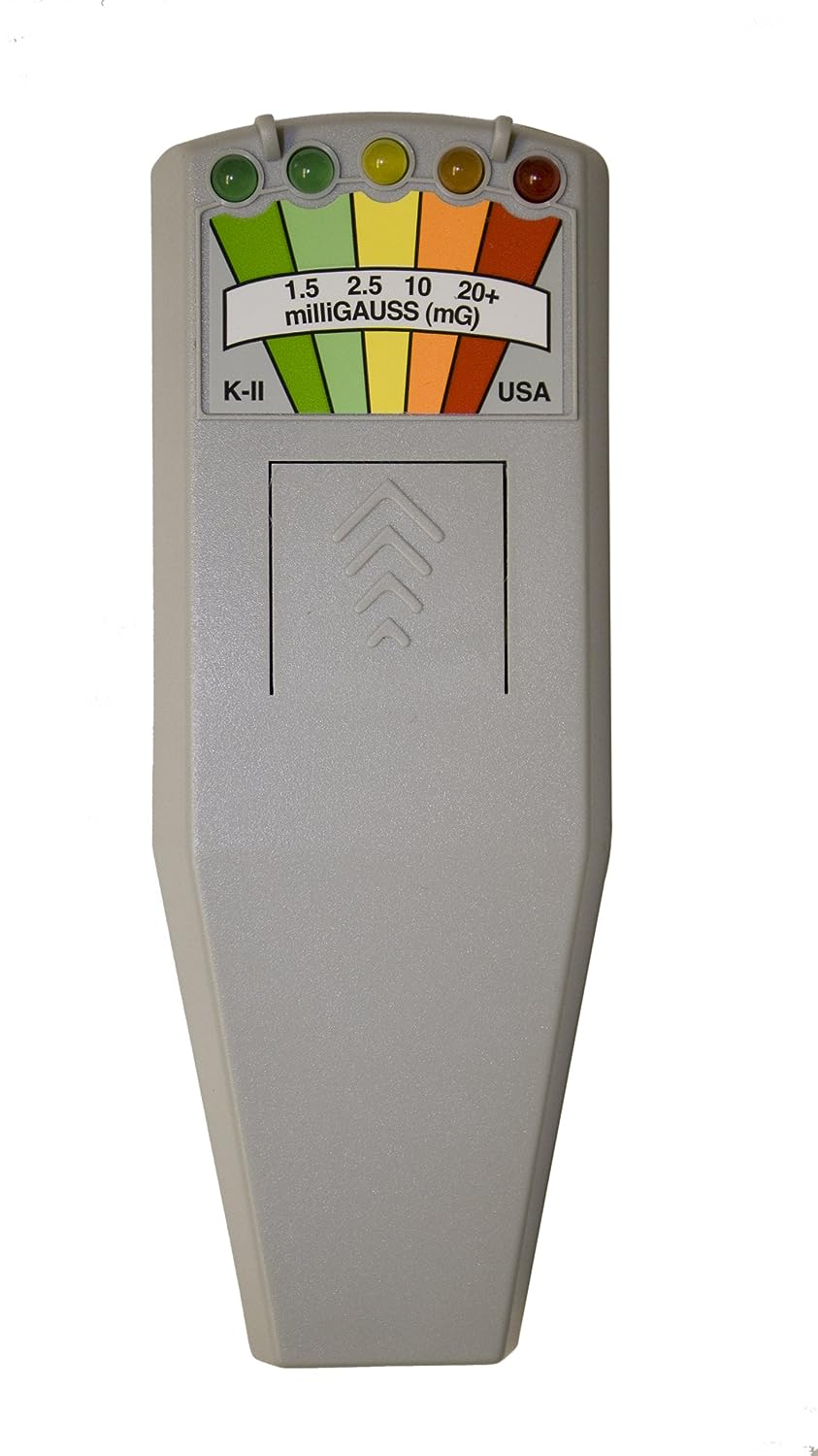 It looks like a bad remote control, but it’s so much more:

A built in flashlight at no extra charge. Electromagnetic fields, or EMFs, are emitted by electrical devices of all types. EMFs are everywhere, originating from appliances, cell phones, electrical wiring, and even the human body. The K-II EMF Meter helps measure these fields to identify appliances that produce high-level emissions, allowing users to make informed decisions about limiting exposure. EMF fluctuations have also been associated with locations where unexplained phenomena have been reported, including alleged hauntings. The K-II operates on a single 9V battery, and reports EMF measurements in five milliGauss ranges. Please note: this product is intended to measure electric fields, and does not detect nuclear radiation.Instantaneous response to EMF fluctuations & spikesSimple push-on/push-off operationEasy-to-read multi-segment LED displayAccuracy of 5% at 50-60 HzDetects ELF range (50 to 1,000 Hz) & VLF range (1,000 to 20,000 Hz)

For a mere sixty bucks, all this can be yours. Customers say:

I was a skeptic but I really have no complaints. The first time I used the K-II was in the basement of a library. I wasn’t certain it was working until I passed a pillar of books stacked in a way that no human being could possibly have done. The meter was off the charts near the books. That’s when I saw the purple specter hovering at the end of a row just reading a book. She looked friendly enough so I took a minute to come up with a plan to nab her. When I lunged for her with my arms she transformed into an ugly projection and I was paralyzed by fear. I knew after that, I needed some additional equipment.

I can’t believe all the ghosts I found with this device. They were all over; in my kitchen appliances, in my light bulbs, and even in my electrical outlets. I even think I summoned some kind of demon by shuffling my socks on the carpet. I mean, who knew that ghosts haunted power lines? I complained to my electric company that they were providing me haunted electricity and demanded that they send an exorcist but they wouldn’t listen so I had them cut off the power and I covered the outlets with aluminum foil and crucifixes to protect my home and my family. I suggest everyone buy one of these so you can guard their homes from the evil ghosts that hide in the electricity.

And then there’s this:

This meter detects electrical fields, not ghosts. There are no such things as ghosts. That’s fun to believe when you are a kid but if you can afford to buy this you had better be an electrical contractor because if you’re buying it to find ghosts you really ought to get a better hobby. Go help out living people in a nearby old-folks-home or something. Please.