This is part of an ongoing series of reviews here at GPS. These will be (to the best of my ability) spoiler-free, so as not to ruin the fiction ones I do, as well as relatively brief. I won’t just be reviewing “skeptical” works, but instead a large portion of what I read. I’m a voracious reader, even when I am swamped with other work (it’s what I tend to do instead of watch television), so I’ll probably put out one every couple of weeks. If you’re interested, I’ve actually been tracking exactly what I’ve read (book and GN-wise, anyway) for almost the past four years on LibraryThing.

I profiled Jacoby earlier this year, prior to her keynote address at this year’s The Amazing Meeting, and described her as

A New York Times best selling author and Pulitzer Prize finalist , Jacoby began her career writing for the Washington Post and has written for numerous publications including Mother Jones, the New York Times, and The Nation. She has published 10 non-fiction books, including Freethinkers: A History of American Secularism, The Age of American Unreason, and her latest, The Great Agnostic: Robert Ingersoll and American Freethought.

Her secular and skeptical credentials, in addition to her writings on the topic, include being named to the Freedom From Religion Foundation’s Honorary Board of distinguished achievers and being awarded the Richard Dawkins Award by Atheist Alliance International in 2010. She is also on the senior advisory board for the Center for Inquiry’s New York City branch, where she formerly served as program chair. 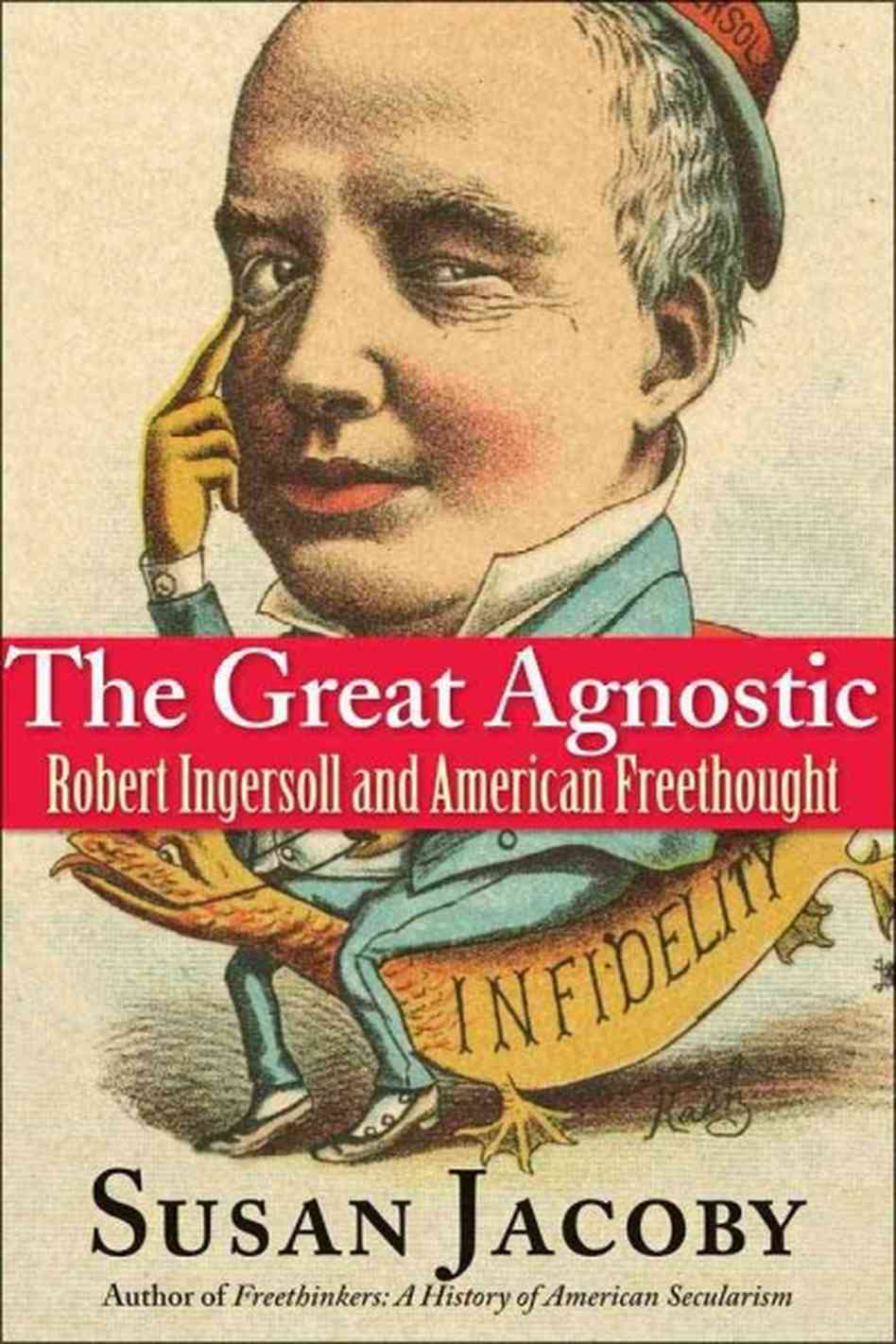 In her latest book, Jacoby seeks to help bring one of the unsung (and even unknown) heroes of American freethought back into the public consciousness. Robert Green Ingersoll (RGI from here forward) was the leading light of freethought, secularism, and church-state separation for the last quarter of the 19th century. In addition, he was a nationally-known and renowned public speaker despite his anti-religious views and his openness about them. People (both supportive of and against him) would apparently flock to his public lectures, newspapers nationwide would report on his doings, and politicians would consult him for strategy. Basically, he was like some kind of 1800’s super-Dawkins.

Jacoby, in writing this book, didn’t seem to have in mind a comprehensive and exhaustive biography of RGI. Instead, the book seems more focused on a two-fold mission: bringing RGI back into the public consciousness (or at least the consciousness of his modern ideological descendants) and helping to show how the modern secular/atheist/freethought movement in America can be traced from Thomas Paine to Ingersoll to our modern icons (Dawkins, Hitchens, and the like). In these, I think Jacoby succeeded masterfully. The volume is quite slim and easily readable, meaning it can be cognitively digested and passed on quickly. She provides enough of RGI’s own words to motivate the reader to seek out his works (many of which can be read for free from here) and see directly how influential and relevant he still is today.

But you may find yourself, like I was, wanting more at the end of the book. I wanted to hear more about the nitty gritty details of his life, get further into who he was as a person and his life. Jacoby focuses instead on his impact, on his public face and mission, providing only tantalizing hints to the life behind the words. While I understand that this was not the point of her book, I nonetheless felt as if I was only getting a small taste of the whole story (for that, you would better off checking out American Infidel by Larson and reading RGI’s works linked above).

Overall, though, I highly recommend this book to those both familiar with RGI (as Jacoby does show his relevance to modern struggles against fundamentalism and anti-science thought better than anyone else) and those new to his legacy (as it is a great overview of his work). I’ll sign off with one of my favorite RGI quotes: