I don’t really bother with Creationists any more as they aren’t worth my effort. I’ll leave it to scientists… This is from the Wall Street Journal: 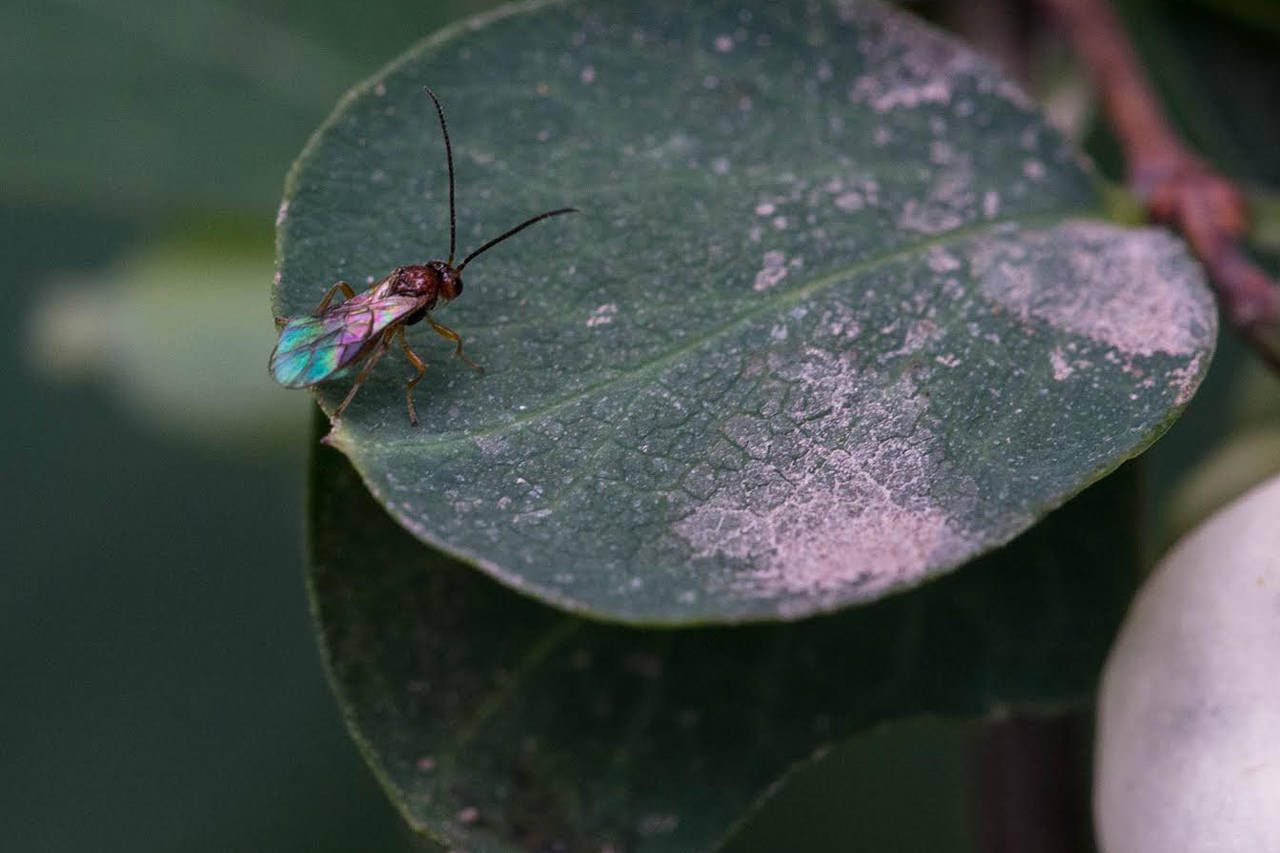 As a result, not only did the fruit fly evolve into a new species, but so did each of the wasps. The speciation process took a mere 160 years. The research sheds light not only on how some new life-forms originate, but also how quickly it can happen.

“We tend to think of evolution occurring over millions of years,” said Scott Egan,evolutionary biologist at Rice University and co-author of the study. “What jumped out at me is that [a new species] can emerge in contemporary time.”

Speciation typically occurs when biological variations between individuals in a species allow some of them to live in a different environment. If they thrive there, it drives divergence from the original pool, and a new species is born.

For thousands of years, the native North American fruit fly Rhagoletis pomonella fed on the fruit of hawthorn trees. Then, in the 1850s, researchers discovered that the fly had jumped to the apple tree, which is a related plant.

Rhagoletis had split into two species. Those that lived among hawthorn trees, for example, emerged at different times than those that lived off the fruit of the apple.

Rhagoletis is preyed on by three species of wasps. The flies’ larvae live inside the fruit. The wasps lay their eggs inside the larvae. The flies hatch. Later, the wasps hatch, too, devouring their host fly from the inside out.

What Dr. Egan and his team discovered was that the speciation that originally occurred in the fruit fly also triggered a speciation in each of the predator wasps.

In the PNAS study, they document how hawthorn-living wasps have different life cycles than apple-living wasps. The genetic makeup changed, too. In addition, differences in behavior indicated that physiological changes had occurred as well. Thus, three species of wasps became six. In nature, at least, they never would meet and breed.

It isn’t clear whether this process, known as “sequential speciation,” is a common or rare driver of evolution. Still, it might help to explain one of the biggest mysteries in biology: why there is such an extraordinary multiplicity of life-forms.

Why, for instance, are there up to 30 million species of insects on the planet? How did this diversity evolve?

The latest study suggests that sequential speciation may have been a contributor to the process. “The fact that we can see speciation in just 160 years is consistent with the amazing diversity we observe in nature,” which had millions of years to play out, said Dr. Egan.