The Problem with Divine Command Theory #2

Further to my post yesterday on Inter-Testamental Moral Relativism, I would like to make a few more points (which I have mentioned before here) on morality concerning God. Divine Command Theory (DCT) is the Christian/theistic ethical system whereby whatever God commands is rendered morally good and right on account of God commanding it. As Franz Kiekeben states in The Truth About God (pp. 133-134): 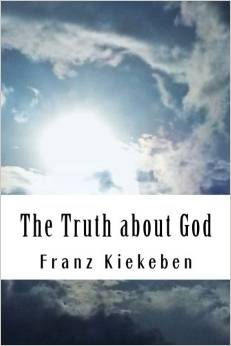 Of course one might at this point object that God would never command such things as murder and hatred. The divine command theories must be careful here, however. It may be the case that God would never command such things, but not because they are bad. Remember: they wouldn’t be bad if God did command them! Any theist who claims murder it bad, and that for that reason God would never want us to kill one another, is in effect admitting that something other than God’s wishes makes it bad. And that is inconsistent with the theory. Therefore, the fact that something is bad cannot be the reason God forbids it – nor the fact that something is good be the reason he commands it. On the divine command theory, he cannot command or prohibit anything at all for moral reasons. His commands are therefore morally arbitrary. As far as ethics is concerned, God might as well flip a coin.

I cannot stress this enough. This point renders, for me anyway, DCT (which is the most prominent theistic ethical moral value system) utterly incoherent.

Moral reasoning cannot be what defines a moral act as good, since this means that something outside of God (the reasons and ideas) defines moral worth, and not God herself.

On the other hand, this makes God’s commands devoid of moral reasoning and, thus, irrational, a-rational and/or arbitrary.

Deferring to God’s nature, as is often the wont of theists, does not help here either, because the same problem remains: is it for moral reasons that God’s nature is good, or is it a-rational and thus arbitrary? The evaluation must take place outside of God for it to have any useful meaning. There must be a third party benchmark based in reasoning. Of course, theists heavily resist this tack on account of God becoming a redundant aspect of our highest order thinking and acting: morality.