A scientist weighs up the five main anti-abortion arguments

This Guardian article is really interesting and lists 5 arguments from anti-abortionists and debunks them. I will paste three of them here. See the full article here.

Abortion leads to depression and suicide

Of all the myths surrounding abortion, I feel that the assertion that it leads to depression and suicide must rank as the most odious. It is a perennial favourite of anti-abortion groups. Anti-abortion campaigners call it PAS – post-abortion-syndrome, a term coined by Dr Vincent Rue. Rue is a prolific anti-abortion campaigner who testified before the US Congress in 1981 that he had observed post-traumatic stress syndrome in women who had undergone abortions. The claim rapidly mutated into the ominous and potent suggestion that abortion leads to suicide and depression. Yet despite the ubiquity of this claim by anti-abortion advocates, PAS is not recognised by relevant expert bodies. It does not appear in the DSM-V (the handbook of mental health), and the link between abortion and mental health problems is dismissed by organisations tasked with mental health protection including the American Psychological Association, the American Psychiatric Association and the Royal College of Obstetricians and Gynaecologists.

The reason for this dismissive attitude is simple: despite years of research there is no evidence that PAS exists. The hypothesis that women who undergo an abortion have worse mental health outcomes than those that don’t is at heart a scientific claim and can be tested as such. One recent study in Denmark charted the psychological health of 365,550 women, including 84,620 who’d had abortions. They found neither an increase in psychological damage, nor any elevated risk of suicide. This finding isn’t especially surprising, as previous investigations found that provided a woman was not already depressive then “elective abortion of an unintended pregnancy does not pose a risk to mental health”. In an article for the Journal of the American Medical Association entitled“The myth of the abortion trauma syndrome” , Dr. Nada Stotland eloquently stated the disconnect between the message of anti-choice organisations and the peer-reviewed literature on the subject: “Currently, there are active attempts to convince the public and women considering abortion that abortion frequently has negative psychiatric consequences. This assertion is not borne out by the literature: the vast majority of women tolerate abortion without psychiatric sequelae”, a conclusion echoed in systematic reviews.

But despite the science simply not supporting the assertions of the anti-abortion brigade, the myth persists. In a relatively recent move, some US states now require physicians to warn women seeking an abortion of the dangers to their mental health, in spite of the complete lack of scientific justification for doing so. In South Dakota, a 2005 state law not only mandated this perversion of informed consent, but also added a reprehensible smattering of emotional manipulation by insisting women be told they are terminating “a whole, separate, unique, living human being”. The jarring disconnect between scientific best evidence and the practices enforced by legislation is worrying, expressed with weary regret by the Guttmacher institute: “ … anti-abortion activists are able to take advantage of the fact that the general public and most policy-makers do not know what constitutes “good science … to defend their positions, these activists often cite studies that have serious methodological flaws or draw inappropriate conclusions from more rigorous studies”. 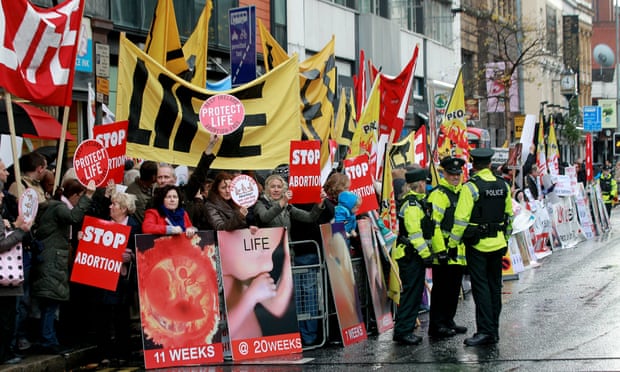 Contrary to the assertions of anti-abortion activists, the majority of women granted an abortion report relief as their primary feeling, not depression. The research also unveils a subtle but important corollary; whilst women are don’t generally suffer long-term mental health effects related to the abortion, short term guilt and sadness was far more likely if the women came from a background where abortion was viewed negatively or their decisions decried. Given this is precisely the attitude fostered by anti-abortion activists, there is a dark irony at play when organisations of this ilk increase the suffering of the very women they claim to help.

The foetus can feel pain

One of the most inflammatory arguments against abortion is rooted in the assertion that the foetus can feel pain, and that termination is therefore a brutal affair. This is extremely unlikely to be true. A foetus in the early stages of development lacks the developed nervous system and brain to feel pain or even be aware of their surroundings. The neuroanatomical apparatus required for pain and sensation is not complete until about 26 weeks into pregnancy. As the upper limit worldwide for termination is 24 weeks, and the vast majority of pregnancies are terminated well before this (most in the first 9 weeks in the UK), the question of foetal pain is a complete red herring. This is reflected in the Royal College of Obstetricians and Gynaecologists’s report on foetal pain, which concludes “… existing data suggests that cortical processing and therefore foetal perception of pain cannot occur before 24 weeks of gestation”.

Despite its complete lack of veracity, this myth remains a powerful one, and inseveral US states legislation dictates that doctors can be fined for not warning women that the foetus might experience pain, despite the scientific advice suggesting “proposals to inform women seeking abortions of the potential for pain in foetuses are not supported by evidence. Legal or clinical mandates for interventions to prevent such pain are scientifically unsound and may expose women to inappropriate interventions, risks, and distress.”

Anti-abortion campaigners often operate under the implicit assumption that additional hurdles towards obtaining abortions will decrease the number of abortion performed; this is demonstrably false. Reducing access to abortion doesn’t quell the demand for abortion, and making abortion illegal simply makes abortion less safe. Evidence suggests that the abortion rate is approximately equal in countries with and without legal abortion. A 2012 Lancet study found that regions with restricted abortion access have higher rates than more liberal areas, and restricted regions had a much higher incidence of unsafe abortion. Worldwide, about 42 million women a year choose to get abortions, and of these about 21.6 million are unsafe. The consequences of this are grim, resulting in around 47,000 maternal deaths a year. This makes it one of the leading causes of maternal mortality (13%), and can lead to serious complications even when survived.

In the developed world where international travel is affordable, abortion restrictions make even less sense. Ireland, for example, has incredibly restrictive abortion laws, a hangover from the days when it was the last outpost of the Vatican in Europe (a situation I’ve alluded to before). But whilst the Irish anti-abortion lobbyists boast of Ireland being abortion-free, this sanctimonious gloat ignores that fact that an average of 12 women a day travel to Britain for abortions, with others procuring abortificants online. These extra barriers do not dissuade women from seeking terminations, they merely add emotional and financial obstacles to obtaining them.

These are just some of the claims which surface, hydra-like, when abortion is discussed, and this article is by no means comprehensive. Abortion is an emotive issue, and there is an an entire spectrum of positions which one might subscribe to. And of course, people have every right to hold any opinion they like. But we do not have the right to invent our own facts, and perpetuating debunked fiction helps no one. Such cynical truth-bending is not only intellectually vapid, it compounds an already difficult situation many women face, substituing emotive and sometimes manipulative fabrications in lieu of clear information.

Dr David Robert Grimes is a physicist and cancer researcher at Oxford University. He is a regular Irish Times columnist and blogs at www.davidrobertgrimes.com. He was joint winner of the 2014 John Maddox Prize for Standing up for Science.