I recently wrote an article for the Free Inquiry on free will and its growing acceptance as an illusion in modern society. The other day, an essayist-veteran-humanist-naturalist-freethinker-lawyer in his 90s wrote this piece for the Charleston Gazette. Thanks! He considers the retribution vs rehabilitation point pretty crucial. Here is an excerpt:

After enduring the Depression and surviving four years of military service during World War II, I matriculated in 1946 under the GI Bill at Washington and Lee University with the goal of studying English and French language and literature. Prior to my army service, I had little interest in reading serious literature, but during the war years I matured and began to read classics. The army distributed paperbacks of the greatest work of literature. While in Italy I read, among others, Charles Dickens’ “Pickwick Papers” and Thomas Paine’s “The Age of Reason.” I was hooked on the classics.

At W&L, in my second year, I rented a room in a house where lived a widow and her son. He had been stricken with infantile paralysis. The house was located a few blocks from the campus. I had no radio or other distractions. There were just me and books and bed and reading lamp. I read day and night. I was eager to catch up. I had a poor record in public schools.

One evening while reading I discovered this sentence: “Free will is an illusion.”

I had an epiphany. Of course, I said to myself. I was hit with a concept that if true changed the whole world for me.

The world functioned on the premise that people are free to will legally and illegally, free to will compassionately and indifferently. That what one does is determined, if true, presented a completely different societal view.

I was stunned and couldn’t for days get out of my mind that if true how wrongly the world functions, particularly with regard to criminal law and punishment. And for some reason I believed from the beginning that free will is an illusion. Just as it is an illusion that the earth is flat.

Over years since I have read everything I could find on the subject. I have had my belief strengthened and have for years written that the will is determined. But I have noted that there has not been much change in society from belief in the premise that the will is free.

Still, the law is that if one breaks it, he or she has to suffer a penalty. Instead of being treated as a patient that has been the victim of circumstances and a victim of universal causality, one is treated as if he or she had a choice to do good or to do bad. Until recently I have taken the attitude that society will never accept that will is determined and have left it there.

But in the latest edition of “Free Inquiry,” I read Jonathan M.S. Pearce’s “Is Society Accepting That Free Will Is an Illusion?” and I have hope that society may be coming to understand that the will is determined, and that concept must be a part of any dealing with actions deemed illegal or otherwise anti-social.

After citing some of science’s findings — among them that two-thirds of students who cannot read proficiently by fourth grade will end up in jail or on welfare — Pearce writes, “In fact, there is so much evidence from science, psychology, neuroscience, genetics, and biology demonstrating that free will is an illusion that we hardly need to call on philosophy to make the case. Indeed, social science and psychology implicitly understand that causal determinism underwrites reality.”

That is, the world is ruled by universal causality — cause and effect.

Here is a conclusion that is inevitable to a believer in Determinism. Pearce writes: “As far as I am concerned, I see criminal punishment in much the same way as I would see a dangerous contagious disease. When infectious disease strikes, what do we do in a humane and compassionate society?

We quarantine the victims, keeping them away from others until we have cured them. We hold them in comfortable conditions, being the good humanists we are, and our thoughts are on rehabilitating them.”

I think he sounds a fascinating chap and his book of essays looks really good. Thanks to him for talking about my piece. I emailed him and he seems a thoroughly good bloke! 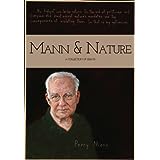 Category: Free Will and Determinism • Philosophy