Petition for Jenner to give back medals…

That’s the question. It is written in such a way that it reads to me as a poe. Here is the chang.org petition description which comes in light of Olympic athlete and medal-winner Bruce Jenner’s recent announcement of being trans and having a transition to Caitlyn Jenner. There has been some controversy in this announcement in the way it has been reported by some outlets. There are a whole host of people who have had their introduction to the transgender movement and they are not quite sure how to say things, whether to take the piss, or whether to treat the story in a rightfully more repectable manner. Here is the description: 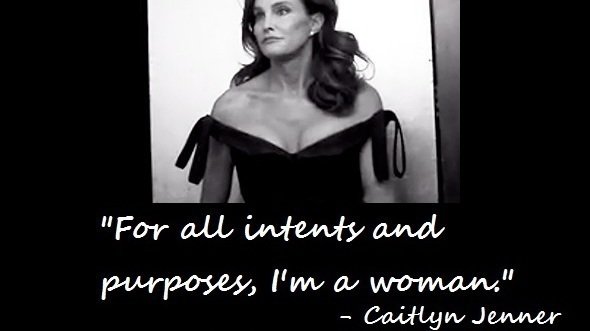 It has recently come to light that gold medalist Bruce Jenner is in fact transgender, and therefore, identifies as a woman. We congratulate Ms. Jenner on these new developments and wish her the best. However, this creates somewhat of a problem as Ms. Jenner (as talented as she is) claims that she has always believed herself to be truly female, and therefore, was in violation of committee rules regarding women competing in men’s sports and vice versa. Therefore, it is with a heavy heart that we must ask whether or not it is proper that Ms. Jenner should retain her olympic records in light of this, as we must now either claim that Bruce Jenner and Caitlyn Jenner are two entirely different people (which we know is not true), or that Bruce Jenner was, in fact, a woman participating in a men’s event. It is only fair to all involved that women receive their credit as champions of the Decathalon and that the men racing Ms. Jenner are not expected to compete with a superior, streamlined being such as herself.

We urge Ms. Jenner to support the transgender community by giving up the medals earned by competing against the wrong gender.

Thank you, and congratulations to Ms. Jenner for her courage!

if it is real, then wow. I think the logic would follow that dead people or children must give back their achievements on account of them presently feeling different. Or being dead. In the legal sense, I don’t think feeling like a woman would qualify as being female in a sporting competition.

As this legal dictionary says:

The report of the New Zealand Human Rights Commission To Be Who I Am, the Report of the Inquiry into Discrimination Experienced by Transgendered People, the following definitions are proposed

“Gender: The social and cultural construction of what it means to be a man or a woman, including roles, expectations and behaviour.Gender identity (is) a person’s internal, deeply felt sense of being male or female (or something in between). A person’s gender identity may or may not correspond with their sex.”

In her 2003 paper, Ms Polster suggests that while the:”… terms sex and gender are often used as synonyms in everyday life as well as in legal contexts … they are nevertheless different from each other.”

“Sex usually refers to one’s physical anatomy at birth – that is, being born male or female. Society considers a variety of biological factors in defining male and female, and in specifying one’s status as a man or a woman.

“In order to establish the sex of an individual, the following factors may be relevant: sex chromosomes, gonads (that is the presence or absence of testes or ovaries), sex hormones, internal reproductive organs, external genitalia, secondary sex characteristics, and psychological sex.

“Gender identity is an aspect of identity and can be defined as the psychological sex. It is part of the individual’s sense of self, particularly the sense of being male or female, and does not necessarily have to conform to the sex assigned at birth. For example, a person biologically born as male can have a female gender identity.”

Back to me. So, where does this leave the petition? Well, consigned, I think, to the dustbin of logic  due to an equivocation of woman/female/gender/sex etc.