This is something I wrote four years ago on my previous blog, but thought it was interesting to bring up again. I thought about it in response to a comment over on fellow writer Rebecca Bradley’s Lateral Truth piece, “Social Justice: A Millenarian Movement“:

Recently, the PFA (Professional Footballers’ Association) has been toying with the idea of employing the Rooney Rule when shortlisting and interviewing candidates for managerial positions in football clubs in England. The rule demands that clubs must interview at least one black person for manager when recruiting.  This rule was rolled out to NFL clubs in the States in 2003 and has since been reformed to include ethnic minorities there. I would like to look at this from a philosophical point of view. 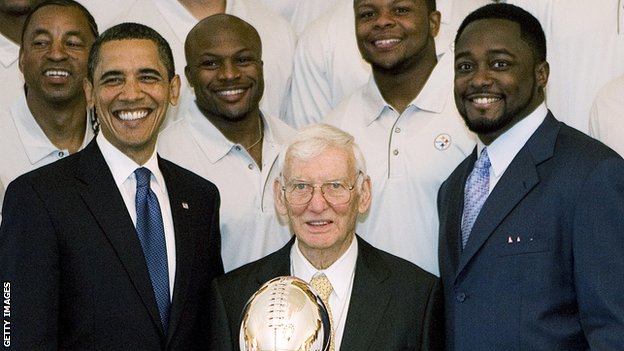 It is no secret that black people are woefully under-represented in English football club management – 2 out of the 92 league clubs. There ‘should’ be, in the greater scheme of things, a more balanced representation. This can infer the possibility of two things: that there is institutional racism in the football industry; and that black people do not, or are not encouraged to, go into the management training schemes thus leading to a lack of supply of black candidates. It is probably a bit of both.

If the outcome is that more black people got fairer representation then there could be some good argument for the implementation. This is classic utilitarian / consequentialist ethics. The consequences justify the means – the amount of happiness or benefit in the end outweighs the pain in getting there. As Cyrus Mehri, the lawyer responsible for the rule, says, “I’m very confident that when they study this issue they’re going to reach the same conclusion that the bosses in the NFL reached, which was it may not be perfect but there is no better solution and we have to address this issue.” This is clearly an admission that it may have its problems, but the results outweigh them. Opposition could come from Equality and Human Rights Commission who have said that positive discrimination could be illegal.

“You couldn’t only shortlist people because they are black. You should only be employing the best person for the job.”

These and more questions I will seek to investigate in this post. I would like to see fairer representation, though I would like to make sure any method that achieves this is as benign as possible. Suffice it to say, I am not racist myself, and you could, in theory, replace ‘black’ with any other characteristic in the world, which may indeed be one of the criticisms I could make. More on that soon.

So is it fair that a black person is able to be shortlisted and interviewed over and above someone else based on colour of their skin as opposed to merit? Obviously, we need forget any situation where the merit of the black person means that they qualify on merit – that goes without saying. I am assuming the black person has a lower ability level for the job than the person whom he or she would have replaced. The importance of this depends slightly on context – how many people are shortlisted, the level of coaching ability of the black person involved and so on. That said, we potentially have a situation whereby, say of seven people who are interviewed, one person is black, and this person is less able to do the job than the seventh person who would otherwise have been on the list. It is also important to note that, in the Premier League, shortlists are very commonly much smaller than seven.

Several points come up. If the candidate really isn’t up to the job, as is inferred by the thought experiment, then it doesn’t really matter, since the most appropriately qualified person would be. It could just be a pointless exercise. Yet if the black candidate is so far behind the ‘would-have-been’ seventh candidate who could have stood a properly realistic chance of getting the job, then we could have a problem.

The main issue I have with the Rooney Rule as I see it is as follows. As far as I can see, the PFA in England seeks only to ensure a black person is interviewed (though I may be wrong here). In the US, this was later changed to refer to an ethnic minority. This seems eminently more sensible. The PFA seems to be special pleading for black people over and above any other ethnic minority in the UK. If this is the case, then this is actually some kind of reverse racism.

We can extrapolate this problem further. Since the aim is fairer and more egalitarian representation, then surely the rule should apply to all minorities, or under-represented people. Thus, there should be a woman shortlisted, a disabled person (which could then be split down to a blind person, a quadriplegic, someone with MS – where do you draw the line?), and Asian (which could be split further), a Muslim, a Christian, a Buddhist, a schizophrenic, so on and so forth. I know I am possibly close to a reduction ad absurdum, but I would claim that this is entirely valid. In fact, it seems that the Rooney Rule is founded on special pleading – a logical fallacy no less. Ironically enough, English managers are statistically under-represented in the Premier League! Does this imply we should have a rule to make sure there is at least one English person interviewed for any post?

There is also the notion that it is arbitrary as to who qualifies as being black. It is rather like nationality with regards to playing for a national team which is somewhat arbitrary – how many grandparents allow you to qualify, and who sets that arbitrary goal.

So do we have a situation whereby as long as the amount of harm done in the recruitment process is outweighed by the amount of benefit, then the process is acceptable? The problem is that this is subjective at best, and unquantifiable at worst. You simply cannot easily weigh up values like this to compare. It is also dangerously close to the philosophical quandary that is the trolley problem. That is the thought experiment that supposes a trolley is running along a railway and is about to kill 5 people. If you actively switch the track, the trolley turns to kill an innocent person which will save the 5. Is the ‘murder’ of the one person justified by the end result of saving 5 people? This has bothered philosophers for some time and in the philpapers survey 68.2% of philosophers declared they would switch the trolley to kill the one. The consequentialist ethics is, to me, the same (though to a lesser degree of intensity).

Intuitively, to me, it seems that part of the Football League’s response to the problem is fairer and more easily justifiable: “The League has also agreed to contribute towards a bursary scheme, in conjunction with other football bodies, that will help black and minority ethnic coaches to further their football qualifications and progress their career.”[1] Even this, though, when scrutinised at more depth, can be seen in the same light of positive discrimination. This raises a more fundamental question: Does any special attention or financial help towards any minority group infer some kind of positive discrimination? Could it be that over-philosophising about these issues could lead to some kind of paralysis of action whereby, in the end, nothing good comes about due to inaction for fear of not being utterly fair or positively discriminating? A veritable conundrum.

In conclusion, then, I think that I am broadly approving of the strategy, but in the recognition that it is founded on essentially faulty methodology. It is positive discrimination and it does, in some way, contravene human rights.  However, positive discrimination need not be such a dirty word as to automatically outlaw it from taking place. Luckily, if the NFL is the benchmark, the means are justified by the ends. How far, though, does one go to justify a beneficial end? This is another debate for another time. Oh, the joy of utilitarian ethics.

A very good article detailing the Rooney Rule and its potential for good can be found here:http://thinkfootball.co.uk/?p=497.