I was recently listening to the latest Reasonable Doubts podcast featuring an interview and some songs by Australian singer-songwriter Shelley Segal. Segal comes from an orthodox Jewish background, but came to reject theism in favour of atheism, and became involved in atheist activism. This, as is usual for songwriters, permeated her music and lyrics to the point that she wrote a mini-album, “An Atheist Album“.

I’ve been playing it for a few days now, over and over, and it is really good. I only wish it was 18 songs and not 8! One of my twin 4-year-olds loves one of the songs: “…but I can’t sing the words. Can you sing them Daddy?” Being a skeptic who refuses to indoctrinate his children, I decline, of course. “When you’re old enough!!” 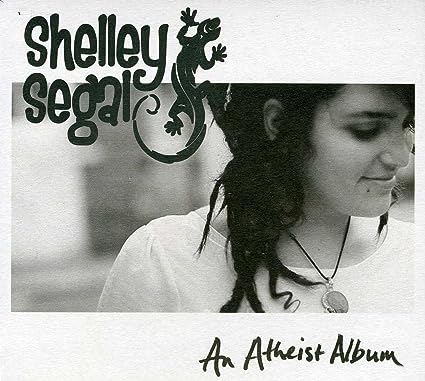