I was trying to work out what is going on in Syria, and what the implications of rebel victory were, as well as who, exactly, the rebels were in light of media bias. 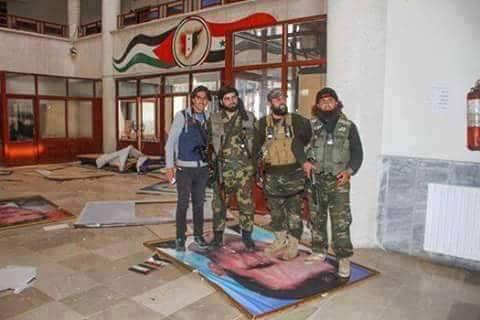 I came across this article from an interesting source called EA WorldView (based in the University of Birmingham, UK). I keep seeing the Syrian Observatory for Human Rights as a source for pretty much every article out there. This article in EA WorldView acts as a seemingly more accurate balance:

Syria Special: 5 Lessons from the Rebel Victory — and Regime Defeat — in Idlib

From which this third part is interesting. I suggest reading the whole article for some fascinating synopsis and coverage:

3. A DISASTER FOR THE MAINSTREAM MEDIA

The other big loser last week was the mainstream media, which not only failed to cover the events but turned them into a hyperbolic fiction of “Al Qa’eda” taking control of Idlib.

Few outlets noticed the start of the rebel offensive, an understandable neglect given the lack of sustained coverage to developments on the ground in northern Syria. However, when the media realized that Idlib might fall, the outcome was worse than ignorance.

Rather than assessing the information from the area, almost all of the press turned to the Syrian Observatory for Human Rights and its packaging of claims on social media as accounts from a “network” of sources inside the country.

The Observatory’s narrative is sometimes accurate, but on other occasions it is a distortion of developments. In this case, it set up such a distortion with its take-away line of an offensive by “Al-Nusra Front and its Islamist allies“.

That presentation misrepresented the offensive as being led by Jabhat al-Nusra, only one of the groups in the Jaish al-Fatah operations room. Excluding all factions that are not “Islamist”, it ignored any distinction between “Islamic” and “Islamist” groups, overlooked the Free Syrian Army and “independent” brigades, pushed aside local units, and missed Christian and Druze fighters who participated in the offensive.

But no need for such details. Instead, it was only a small step from the first reports to headlines such as “Qaeda’s Syria Wing Battles to Enter Regime-held Idlib“.

Error upon error followed, with the Observatory further reducing Saturday’s rebel victory to “Jabhat al-Nusra have taken control of Idlib city”. The Guardian proclaimed, “Islamists Seize City in Alawite Heartland for First Time”, a curiosity since there are few Alawites — the group to which President Assad belongs — in Idlib. The newspaper subsequently reframed Idlib as a “strategically important city”. However, thanks to the Observatory, it assured that the “hardline Islamist groups” of Jabhat al-Nusra and the Islamic State “now control two provinces”.

The faulty narrative, further bolstering the media’s portrayal of Syria as “Extremists vs. Assad”, is now entrenched. The Daily Telegraph converted the story to “Islamic State v. al-Qa’eda” with “Syrian Militants Jabhat al-Nusra Seize City of Idlib, Giving Al-Qaeda a Rival Capital to Isil’s Raqqa”. Just to make sure no one missed the distorted point, writer Richard Spencer opened:

Little-noticed, al-Qaeda has a new capital.

Even the most reputable of outlets chose illusion over detail. The New York Times continues to feature a photo with the caption, “[Idlib] was seized last weekend by the Qaeda-affiliated Nusra Front.” Reuters added to the hyperbole: it linked “the Nusra Front and its allies” to the claim from a “Syrian military source” — unsupported outside regime propaganda — that Turkey “led and planned the operation” in Idlib.

The opposition drive is being led largely by al-Qaida’s branch in Syria, the Nusra Front….All told, the Nusra Front and its rival, the Islamic State group, now control roughly half of Syria, raising concerns about the country’s future.