Guest Post: God’s Love Should Be Superior To Man’s

This is a guest post by Little Fire who submitted through a friend. An interesting little twist on the idea of God’s love:

Why Is God’s Love Conditional? Love is different for everyone because we all put different conditions or expectations on the ones we love — consciously and unconsciously. 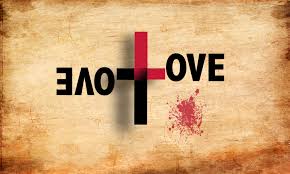 Unconditional love is difficult in practice because it requires overcoming strong emotions associated with disappointed expectations.

God’s love is conditional. He will give his love forever, but only if we repent our sins, accept his son as our personal savior, and live our life according to his word. If we do not repent, but continually reject him, he becomes disappointed with us, hates us so that he will make us suffer forever in hell. Adam and Eve did not live up to God’s conditions in the Garden (ate the apple) and therefore were cast into the earth to toil and die.

God’s disappointment with their original sin was so strong he decided all humans would also toil and die. At some point, God hated what he created so much that he became violent and sent a flood to kill everything that lived, except for Noah, his family, and well, you know the rest of the story.

God finally came around to feeling good about humans again. For God so loved the world, that he gave his only begotten Son, that whosoever believeth in him should not perish, but have everlasting life. God gives his love, but again, with conditions.

Why does God continually require acceptance (belief) from humans in order for them to receive his love?

If God’s love was unconditional, he could just forgive and forget and we all could move on to more important things concerning our fellow humans.

The problem with a Christian God that loves unconditionally is this: the whole doctrine of original sin; the birth, death and resurrection of Christ; and the pathway to either eternal salvation or eternal damnation would be a moot point. There would be no reason for Jesus Christ, no reason for Judgment Day, no reason for heaven and hell.

Man’s emotions are crucial — probably decisive — in man’s thoughts and actions, man’s love, man’s hate, man’s violence, man’s sins. If God created man in his own image, God created both love and hate, good and evil! I form the light, and create darkness: I make peace, and create evil: I the LORD do all these things.

Theologians can debate all they want, they can quote the bible, spin the interpretations, they can even invoke the fail safe- God works in mysterious ways. But the FACT remains, man’s emotions are God’s emotions.