…or at least not wholly right.

For those across the pond who are not familiar with the Hillsborough disaster, it was a a grim day in Sheffield in 1989 when 96 Liverpool Football Club fans died (with 766 injuries), being crushed to death in surging crowds in the old terrace-style ground enclosures. 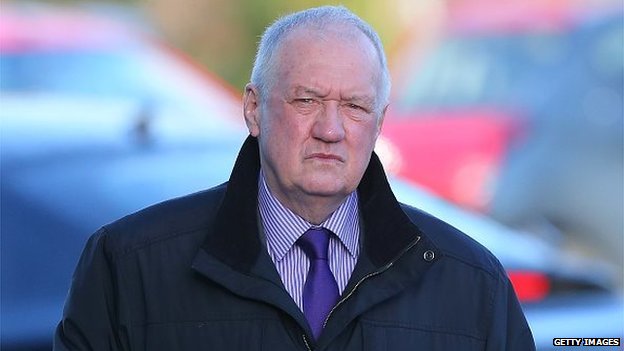 There have been ongoing inquiries into the event, looking to find blame and culpability. In the last week, the most recent inquiry has culminated in dys of evidence being given and headlines like this:

The BBC, Sky and Guardian are pretty representative here. But no one seems to be doing their philosophy. Let me give you some basics of what happened on the day, as mapped out by wiki:

A crush resulted in the deaths of 96 people and injuries to 766 others. The incident has since been blamed primarily on the police for letting too many people enter the stadium. It remains the worst stadium-related disaster in British history, and one of the world’s worst football disasters.[1]

The Football Association (FA) selected Hillsborough (home ground of Sheffield Wednesday football club) for the match between Liverpool and Nottingham Forest. Liverpool fans were allocated the Leppings Lane stand,[2] entry to which was possible only via one of seven decrepit turnstiles,[2] a restriction that led to dangerous overcrowding outside the ground before kick-off. In an attempt to ease pressure outside the ground, Chief Superintendent David Duckenfield, the senior police officer responsible for the match, ordered an exit gate to be opened. The opened exit gate led to a tunnel marked “Standing”, which led directly to the two already overcrowded enclosures. In previous years, the tunnel had been closed off by police when the two central pens were full; however, on this occasion the tunnel was unmanned.

The ensuing influx of supporters caused crushing, and some fans climbed over side fences or were lifted by fellow supporters onto the stand above to escape the crush. Moments after kick-off, a crush barrier broke, and fans began to fall on top of each other. The game was stopped after six minutes. To carry away the injured, supporters tore down advertising hoardings to use as stretchers and emergency services were called to provide assistance. Of the 96 people who died, only 14 had been admitted to a hospital. When the FA Chairman visited the Control Box to find out what had happened, Duckenfield falsely claimed that the supporters had “rushed” the gate.[3]

There have been claims and counter claims from the police and what they maintain happened, form supporters and supporters’ groups opposing them. What has happened this week is that Duckenfield himself, the senior police officer making decisions at the time, has admitted he has directly caused those deaths. I have written about this before in “Have I killed somebody” where I questioned whether I myself had been responsible for the death or someone I knew:

I will embed that whole article here as it is entirely prevalent:

Causality. It is a funny thing. Or not so funny.

A few years back, I took my class, as a teacher, on a class trip to the Historic Dockyard in the naval city of Portsmouth, UK. My school is some 45 minutes walk and a short ferry ride from there. With the cost of coaches, it is important to be able to walk to such places to keep the costs down for parents.

We pasted it there on the way, and we were running a little behind, so the walk back at the end of the day was quicker still. One of our parents, helping with the trip, was a heavy smoker who had to stop off at strategic times throughout the day for a crafty kids-can’t-see-me smoke. Many of the children were moaning on the way back because they simply were not used to walking any such length of time. This certainly applied to some of the parent helpers too.

Anyway, we made it back for the end of the school day, so good effort.

Except, that night, we heard that the aforementioned parent helper had died. He had had a heart attack.

Ever since that moment, I have felt partly responsible for that outcome, of that man’s death. In a naive, folk understanding sort of way, that is.

In writing my book on free will, and in researching the Kalam Cosmological Argument, I have come to understand that causality is much more complex than one might imagine. A does not cause B which causes C in such a simplistic manner. At best, things are only ever contributory causes (see JL Mackie’s INUS notion of causality [1]); but even then, this assumes one can quantise time, and arbitrarily assign discrete units of existence to both events and entities.

Let’s look at the event of the class trip. Did it start when we arrived at the dockyard, when we got off the ferry, when we left, when I started organising it, or, indeed, were elements of the trip in place when I started planning the unit, given the job, got my teacher’s qualifications etc?

Of course, there is no objective answer to that. These abstract labels are subjectively assigned such that we can all disagree on them. That is, simplistically speaking, an element of conceptual nominalism. Likewise, there were necessary conditions in the parent’s life which contributed to his death: anything from his smoking, to his lack of general health, from deciding to come on the school trip, to  deciding to get married and have kids. And so on.

An event happens in time and arbitrarily ascribing a beginning and an end to that event is an abstract pastime, and thus fails to be (IMHO) objectively and (Platonically) real.

This is too simplistic and I don’t buy it!

Causality works through people, and harnessing it so that any one individual can claim themselves (morally) responsible for future effects which themselves are caused by effects preceding the individual makes for tricky philosophy. This is the battleground for the free will debate, for sure. Arbitrarily cutting causality up in such a way is problematic.

As I have set out in my analyses of the Kalam Cosmological Argument (KCA), which I hope to turn into a book (based on a university thesis I did on it), causality is not a linear affair which can be sliced and diced, It is a unitary matrix which derives from either a single beginning (like the Big Bang), something I find problematic, or eternally backward, or reaching some time commencement which could itself be a reboot. Either way, the idea of causality cannot be seen, and should not therefore be seen, in a discrete manner of units which can be attributed to equally problematic notions of events or unities. We are one big family of causality, this here universe.

So, in answer to the question, no. No, I didn’t kill anyone. Perhaps we could say that the universe did. And whatever notion “I” am, and whatever “I” am represented by, sat on or, better still, was part of the threads which cross and recross intricately and almost infinitely over each other in a mazy web of interconnected causality.

And that is what I wrote before. Now we can apply this idea to the Hillsborough disaster, and look at it in terms of Mackie’s conditions above, footnoted below. There is this idea that causality is more complex than A causes B causes C as the Hillsborough case seems to imply. There are any number of variables or conditions which, had they not been met, the event would not have happened, or at least not in the way it did. For example:

The point of this piece IS NOT to say Duckenfield is A OK and should be let off the hook. Of course not! But it is to say that causality is very complex and that having simplistic approaches like the ones expressed by the papers and media outlets and the people themselves is inaccurate. Any one of these components being missing would have led no doubt to very different outcomes, meaning that Duckenfield wouldn’t have been directly responsible for 96 deaths and 766 injuries.

The difficulty is assessing this or quantifying it in any way. It is fair to say that he, in a simplistic way, was a major contributing factor to the disaster. But how much is hard to say, perhaps impossible. If homo sapiens hadn’t evolved…We have this idea of proximal causation where we ascribe responsibility to the nearest thing to the event but this is problematic as shown above.

But that doesn’t make good headlines, right? And it certainly won’t make families feel better or get a sense of closure.

[1] Cause as INUS-condition. The most sophisticated version of the necessary and/or suffi­cient conditions approach is probably John Mackie’s analysis of causes in terms of so-called INUS condit­ions. Mackie suggested that a cause of some particular event is “an insufficient but non-redundant part of a condition which is itself unnecessary but sufficient for the result” (Mackie 1974: 62). Mackie called a condition of this kind an INUS condition, after the initial letters of the main words used in the definition. Thus, when experts declare a short-circuit to be the cause of fire, they “are saying in effect that the short-circuit is a condition of this sort, that it occurred, that the other condi­tions which, conjoined with it, form a sufficient condition were also present, and that no other suffi­cient condition of the house’s catching fire was present on this occa­sion” (Mackie [1965] 1993: 34). Thus, Mackie’s view may be expressed roughly in the following definition of ‘cause:’ an event A is the cause of an event B if A is a non-redundant part of a complex condition C, which, though sufficient, is not necessary for the effect (B). Source.