A little Ingersoll for you

Robert Green Ingersoll was a truly great thinker. You can find a great deal of awesome content from him on the superlative theingersolltimes.com website. Please check it out, and send its curator your appreciation for putting it together. Something for your Monday: 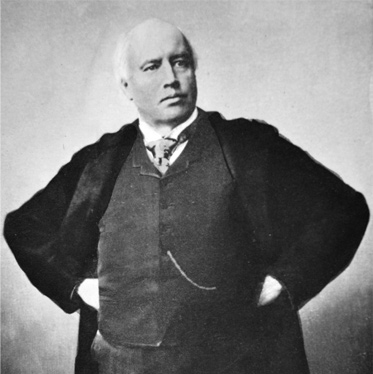 By the same book they proved that nearly everybody is to be lost, and that all are to be saved; that slavery is a divine institution, and that all men should be free; that polygamy is right, and that no man should have more than one wife; that the powers that be are ordained of God, and that the people have a right to overturn and destroy the powers that be; that all the actions of men were predestined—preordained from eternity, and yet that man is free; that all the heathen will be lost; that all the heathen will be saved; that all men who live according to the light of nature will be damned for their pains; that you must be baptized by sprinkling; that you must be baptized by immersion; that there is no salvation without baptism; that baptism is useless; that you must believe in the Trinity; that it is sufficient to believe in God; that you must believe that a Hebrew peasant was God; that at the same time he was half man, that he was of the blood of David through his supposed father Joseph, who was not his father, and that it is not necessary to believe that Christ was God; that you must believe that the Holy Ghost proceeded; that it makes no difference whether you do or not; that you must keep the Sabbath holy; that Christ taught nothing of the kind; that Christ established a church; that he established no church; that the dead are to be raised; that there is to be no resurrection; that Christ is coming again; that he has made his last visit; that Christ went to hell and preached to the spirits in prison; that he did nothing of the kind; that all the Jews are going to perdition; that they are all going to heaven; that all the miracles described in the Bible were performed; that some of them were not, because they are foolish, childish and idiotic; that all the Bible is inspired; that some of the books are not inspired; that there is to be a general judgment, when the sheep and goats are to be divided; that there never will be any general judgment; that the sacramental bread and wine are changed into the flesh and blood of God and the Trinity; that they are not changed; that God has no flesh or blood; that there is a place called “purgatory;” that there is no such place; that unbaptized infants will be lost; that they will be saved; that we must believe the Apostles’ Creed; that the apostles made no creed; that the Holy Ghost was the father of Christ; that Joseph was his father; that the Holy Ghost had the form of a dove; that there is no Holy Ghost; that heretics should be killed; that you must not resist evil; that you should murder unbelievers; that you must love your enemies; that you should take no thought for the morrow, but should be diligent in business; that you should lend to all who ask, and that One who does not provide for his own household is worse than an infidel. [From his Complete Works, Volume 3, About The Bible]