Creationist stakes $10,000 on contest between Bible and evolution

I wonder what our very own Andy Schueler thinks of this, as an molecular evolutionary biologist! The Guardian reports:

A California creationist is offering a $10,000 challenge to anyone who can prove in front of a judge that science contradicts the literal interpretation of the book of Genesis.

Dr Joseph Mastropaolo, who says he has set up the contest, the Literal Genesis Trial, in the hope of improving the quality of arguments between creationists and evolutionists, has pledged to put $10,000 of his own money into an escrow account before the debate. His competitor would be expected to do the same. The winner would take the $20,000 balance. 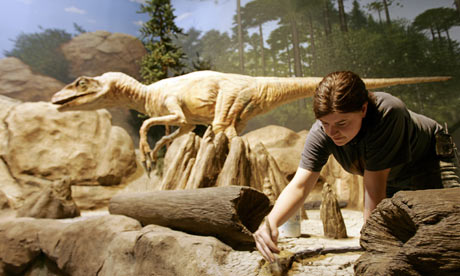 “They [evolutionists] are not stupid people, they are bright, but they are bright enough to know there is no scientific evidence they can give in a minitrial,” Mastropaolo said.

A minitrial differs from a regular trial because it does not need to be held in a courthouse and does not require the presence of traditional court figures. Mastropaolo plans to have a bailiff and court reporter in attendance, along with the judge. Contest rules state that evidence must be scientific, which means it is “objective, valid, reliable and calibrated”.

Mastropaolo started making public arguments in favor of creationismabout 13 years ago, after reading an article about evolution in the newspaper. He has a PhD in kinesiology and taught biomechanics and physiology at a California university for more than 25 years. He is now a contributing writer at the Creation Science Hall of Fame, which is collaborating with him for the minitrial. The Creation Science Hall of Fame is a website, launched in February 2012, that honors those who have made contributions to creation science.

A majority of scientists disavow creationism, but a June 2012 Gallup pollshowed that 46% of Americans believed in a literal interpretation of the biblical version of creation. Legislation to allow students to be taught religious versions of the creation of life is currently being considered in four states.

The Literal Genesis Trial contest would be held in a courthouse in Santa Ana, California and Mastropaolo has said he will create a list of potential superior court judges to decide the case. The participants would have to agree on a judge. Mastropaolo said that he hopes the trials can improve future debates between evolutionists and creationists by addressing the issue in a legal and scientific way.