Here is another account in my series of real-life deconversion stories. They are often painful, psychological affairs. Mike’s account is centred around his involvement with Youth Group. Happy reading. The previous accounts can be found here:

The Youth Group subculture really took off in the 90s, and I was smack in the middle of it. I was 14 when I became a “born-again” Christian back in February of 1994. Whether it was music from Jars of Clay and DC Talk, colloquialisms like “backsliding” and “on fire for Jesus”, or the infamous “Teen Study Bible”, I was neck-deep in the evangelical Kool-Aid. All of my social activities were church-related; I spent much of my spare time doing devotionals, Bible study work books, and popping in my cassette (yup) of keyboardy “worship music” and praying for hours.

Maybe the most surprising thing, in retrospect, is just how easy it was to get sucked in. Although I had a few good friends in my early teens, I wasn’t what you’d call the coolest kid in school. I was scrawny and pale, with a questionable sense of fashion (I’m still pale, but I’ve worked on the other stuff). I was shy, introverted, and practically mortified by the opposite sex. Throughout middle school and into my freshman year of high school, I was bullied pretty regularly. There was the time when a group of kids held me down and stole my clothes, or the time when the same group of punks smashed my head into a locker, or the time I got sucker punched in the nose and bled profusely on the gym floor, or the times jocks put me down in front of popular (i.e., pretty) girls, or the innumerable times when bigger kids talked trash and threatened to beat me up if I talked back. 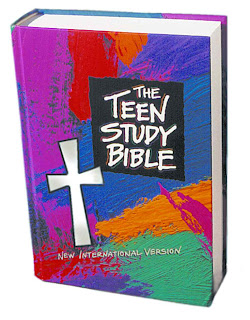 I always felt like I had something to prove. I was never cool enough, good looking enough, athletic enough, whatever. When I found the weekend youth event at a local church called the “Powerhouse” via my older brother, I discovered an inviting atmosphere I’d never found in school. It was just meant to be a safe place for young people to hang out on the weekends, but everyone – kids and adults alike – was friendly. And when my brother invited me to join him for a Saturday night “Hellfighters” service at the same church, I didn’t hesitate. The culture was one of seemingly unconditional acceptance – it doesn’t matter what you’ve done, or what you’ve been through: Jesus loves you just the way you are. To an insecure teen, that’s a pretty powerful message.

It was so powerful, in fact, that I never really thought twice when I saw people waving their hands during worship services, speaking in tongues, falling down on the floor, or – in the case of one guy – running around the room aimlessly. Faith healings, casting out demons… none of it gave me even the slightest pause. In retrospect, that seems unbelievable – that kind of behavior is so fucking ridiculous. But at the time, it seemed like these people had it all figured out. Among them, I was accepted and valued simply for being me; out “there”, in “the world”, I was an outcast.

My church leaders exemplified the kind of person I wanted to be – strong in faith, close to their families, trying to make a difference in the world. I think that for many believers, the church is associated with doing good in the world and being connected with a community – so much so that a lot of believers have a difficult time understanding how people can be nonreligious and still be good, charitable, happy, and fulfilled. It’s a deficiency in logic, sure, but it’s more a deficiency in perspective.

I worked hard to be a good Christian. I tossed out many of my secular CDs and tapes. I carried two Bibles with me to school, and held Bible studies with friends during lunch. I wore Christian t-shirts and jewelry. I went to popular youth hangouts to hand out tracts and witness to the “unsaved”. I studied the Bible intently and attended, at the peak of my involvement, five church events every week. I attended big Christian events like Teen Mania’s “Acquire the Fire“. I was on fire for God and I wanted to save souls. It seemed like everything had fallen into place and, for the first time in my life, I was truly happy. Slowly though, the veneer started to unravel.

The end of (my) faith

For as much as my peers and I seemed to relish in talking about how “lost” the “world” was, we weren’t exactly saints ourselves. There was no shortage of gossip, cliques and feuds; there were cool kids, troubled kids, loners, and of course the Indian guy who barely spoke English but totally rocked the tambourine. We all engaged in sort of a piety pissing match, where we bemoaned “lukewarm” believers who weren’t as feverishly pious – including those within our own church.

On a more personal note, I wavered between being “on fire for Christ” and being overwhelmed with fear and guilt. I was constantly afraid of “backsliding”, of giving into temptation or just not being quite pious enough. I often prayed for forgiveness even when I couldn’t think of anything I had done wrong, just because I “knew”, being human, that I had probably failed to live up to God’s standard in some way. I felt guilt every time I stared at an attractive woman (“whoever looks at a woman lustfully has already committed adultery in his heart”) – really tough to avoid for a straight teenage male – or found myself enjoying secular music. Plenty of doubt had crept in to my head over the years, and I viewed it as an enemy to be squelched. Like many in the church though – as I only learned years later through letters from struggling believers and fellow apostates – I generally found it difficult to voice my doubts because we valued unwavering piety and devotion over skeptical inquiry.

On the occasions when I was able to voice my doubts, my experience with the “learned” leaders in my church was much like what Daniel Dennett described in his lecture “The Evolution of Confusion” at AAI 2009, in which he discussed what he called the “canons of good spin”: it should seem profound, and it should relieve skepticism without arousing further curiosity.  I found it difficult for my curiosity to be satiated by the platitudes and maxims bandied about: “We just have to accept it as God’s will”, or “God is just putting you through a test”, or “We can’t possibly understand the intricacies of God’s plan”.

I slowly began to withdraw from the church as I became disillusioned by the social experience. I was still determined to be the best Christian I could be though, so in the years following I devoted myself to an intensive study of the Bible and Christian theology. By age 19, I had grown disillusioned of the tenets of Christian faith, and I could no longer call myself a believer.

Looking back on that time in my life, there were plenty of good times. I still keep in touch with some of the people from my youth group, including one of my former pastors. I’ve learned that I’m not the only apostate, which I don’t find surprising. I think that the remaining believers are for the most part good people who earnestly want to live a good life and be a positive force in the world. I think they’re going about it the wrong way, but they’re certainly not bad people. They are, however, fraught with the same problems and challenges as any non-believer I’ve ever met.

I feel like I ought to clarify that my deconversion had nothing to do with my social experience, nor did it have anything to do with the heavily evangelical and generally conservative doctrines of my particular church. Before I deconverted, I was exposed to much more liberal theological perspectives; unfortunately (for my faith, at least), I found them to be riddled with insurmountable problems of their own. My deconversion was purely a product of my studies of Christian theology – the more questions I asked, theless sense it made. I wasn’t content to hear something that sounded profound without arousing further curiosity; I kept pressing on and asking difficult questions. I did so believing that my faith would win in the end. After all, I believed this was the one true faith. God was real! Eventually, it would make sense; the evidence would become clear and the ambiguities resolved. But that didn’t happen. After my deconversion, I spent the next nine years or so as an “agnostic theist”, and became a full-blown atheist around 2008 – around the time when I read Stephen Hawking’s A Brief History of Time.

While my particular church may have been on the more extreme side of the evangelical spectrum, I don’t think my experience was unique. I think it exemplifies some of the practical problems that emerge when we live by dogma rather than by skepticism and reason. The fear of outsiders and contrarian influences, the need to suppress and defeat doubt, the constant fear of failing to live up to an impossible standard – these are all experiences that many other deconverts have told me they dealt with as believers. In the church, the preservation of belief is to valued above all else (it’s strange, when you think about it, why God would care so much about mere belief). Like many of my fellow apostates, I’ve found a rejection of such dogmatic thinking to be liberating. I’m not threatened by my humanity or by people with different views. I view doubt as a healthy part of skeptical inquiry rather than an obstacle to be overcome. I don’t have to spend energy conjuring up rationalizations to plug the holes in my beliefs, and I don’t have to make excuses for God when bad things happen to good people. While it wasn’t without its fond memories – and hey, I still kinda like those old Jars of Clay albums – I’m glad I got out of the church when I did, and have not regretted it for a moment. – See more at: http://www.theaunicornist.com/2013/02/what-i-remember-about-being-in-youth.html#sthash.1x4lDEsE.dpuf

[This originally appeared on Mike D.’s excellent blog The A-Unicornist. Check it out, some great posts.]