Islam’s Hatred of Women, in One Picture I have written in the past about about the all but universal Islamic misogyny, which is so prevalent that it doesn’t get questioned, even in the Western world. Now, Pew Research/University of Michigan give us a better understanding of this phenomenon, in numerical terms.

An important issue in the Muslim world is how women should dress in public. A recent survey from the University of Michigan’s Institute for Social Research conducted in seven Muslim-majority countries (Tunisia, Egypt, Iraq, Lebanon, Pakistan, Saudi Arabia and Turkey), finds that most people prefer that a woman completely cover her hair, but not necessarily her face. Only in Turkey and Lebanon do more than one-in-four think it is appropriate for a woman to not cover her head at all in public.

The answer is no secret. According to Islamic beliefs, women’s “immodest” dressing is responsible for corrupting men and spreading sin and immorality. 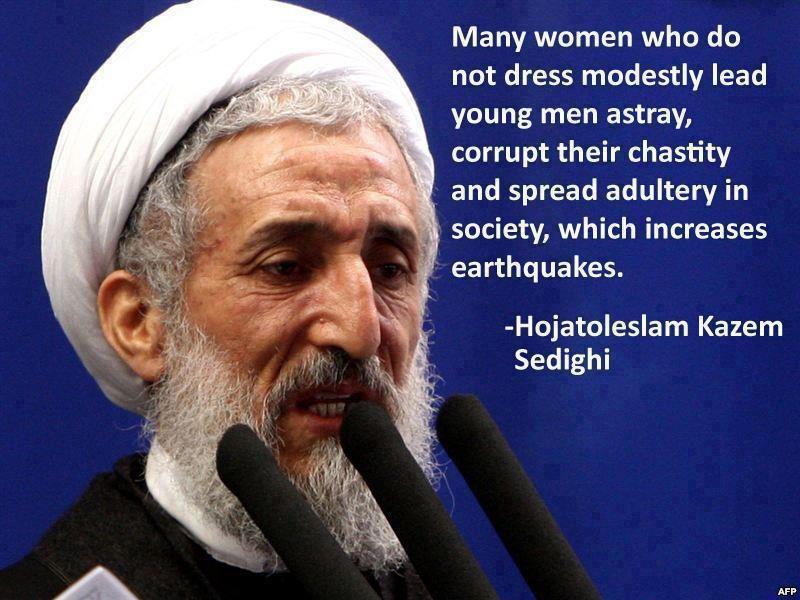 Now, more than one in four freaking persons in Turkey and Lebanon are not allergic to women’s hair showing! How progressive of them. In Lebanon, the number is as high as 49%. Lebanese Muslims must be very liberal…except that Lebanon has a very large Christian minority, not shared by any other of the surveyed countries, which is probably the explanation for different results, as the pollsters admit:

Nearly half (49%) in Lebanon also agree that it is acceptable for a woman to appear in public without a head covering, although this may partly reflect the fact that the sample in Lebanon was 27% Christian. Demographic information, including results by gender, were not included in the public release of this survey.

The fact that large majorities in even “moderate” Islamic nations are in agreement with this concept is appalling-but even more appalling, is the Western political correctness and failure to condemn this phenomenon. Those who do not live by these rules face accusations of “Islamophobia”, “racism” and “white imperialism”, or simply being an “ignorant hack”.

Luckily, a few of us remain undaunted.