Biggest Threats to Sound Science Education: Christian Fundamentalism in the US, Islamism in Europe 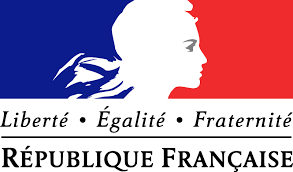 All pupils in French state schools will be reminded this week that they are not allowed to wear items of religious clothing such as headscarves or crucifixes, nor object to the school curriculum on religious grounds, in a 15-point written statement to be displayed on school walls.

Which, of course, makes those obsessed with “Islamophobia” (LOL!) very unhappy.

Most moderate Islamic groups have accepted the charter. Others see a hidden agenda. Abdallah Zekri, president of the Observatory on Islamophobia, said: “This charter was supposedly made to combat sectarianism. But honestly, I feel targeted because now when anyone talks about ‘sectarianism’, they’re really talking about Muslims.”

Mr Peillon, who announced the charter last December, insists it is not anti-Islam. “Secularity should not be reduced to an obsession with Islam,” he said. “The vast majority of our  Muslim citizens are convinced of the advantages of a secular state.”

Nonetheless, the charter arises partly from a rash of incidents in which Muslim pupils have objected, on religious grounds, to science teaching on evolution or to history classes on the Holocaust or the Israel-Palestine dispute. The charter says students have a right to make their opinions known but they cannot refuse to study the state curriculum.

Poor guy. How can anyone tell him that people go to school to actually learn something, rather than find a forum to air their ideologies?

The most controversial part of the new set of rules, though, it what it says about religious symbols.

Another article recalls that since 2004 it has been illegal to wear religious clothes or symbols in state schools.

To those whose knee jerk reaction to this is condemning it as an attack on religious freedom, I have a simple question: Would anyone get away with displaying a Confederate Flag at a public school in the US (except perhaps some places in the South)?

But, speaking of the South, we get reminded just now that there is no chance that religion-based junk science will get a French style unequivocal snob down there. In Texas, creationists are once again trying to contaminate science textbooks with religious claims, while in Kentucky the governor (a Democrat, of course)  stepped in the include science standards in educational textbooks that had been rejected by a legislative committee despite being approved by the board of education.