The Placebo Effect and Alt Med: Is it Magic or Pseudoscience?

The Placebo Effect and Alt Med: Is it Magic or Pseudoscience? by Alisa Huskey

A placebo is most commonly known as a “sugar pill” administered as a fake medication to participants of clinical drug trials. Drug trails are scientific investigations into the efficacy of new medications that require a control group to which the active treatment can be compared. What is amazing (and a major problem for the pharmaceutical companies) is that the group receiving the inert treatment (the control or placebo group) often shows significant improvement, sometimes equivalent to the group receiving the treatment.  Conservative estimates indicate 50-60% improvement of participants in control conditions as compared to the treatment group receiving the active drug.  Some  have argued that the placebos should be used for standard treatment. However, when dealing with more acute diseases/pathologies, there are significant ethical concerns with treating patients with a placebo, even one that has been shown to help. There are also ethical concerns involved with placebo treatments. Really, most treatments offered that work largely because of the placebo effect are presented in a disguise that looks similar to real medicine.

The placebo effect is involved with many processes of complementary and alternative medicine (CAM). CAM is differentiated from conventional medicine on the basis of scientific evidence. More specifically, CAM treatments are either unsupported by the evidence or have not been yet subjected to scientific investigation. Because CAM treatments often wear a similar appearance, they are frequently mistaken for scientifically-based practices. Concepts, theories, and practices that appear similar to science, but have no scientific evidence are pithily known as pseudoscience (i.e. fake or false science). Because such treatments are void of legitimate descriptions for their occasional effectiveness, the placebo effect is often invoked, from a scientific perspective, as the logic behind why they work. The placebo effect appears to be a catch all for several unexplainable improvements in health. A placebo in terms of mental and physical health can come in the form of pills, diets, therapy, spiritual experiences, surgery, and various other colorful remedies. How is it that treatments with absolutely no therapeutic value can actually make you feel better? A variety of extenuating variables, such as confirmation bias, regression to the mean, and spontaneous remission, are common catalysts to the placebo effect. The list goes on; however, these three will be reviewed here, considering their encompassing descriptions.

An expectation to see improvement creates a confirmation bias, causing people to look for signs of what they expect. For example, during a study on the placebo effect, doctors painted colorful dye on their patients’ warts and told them that the warts would disappear with the dye. And just like the doctor said, the warts disappeared. This is only a minute example of the power a placebo treatment can have. Some types of placebo surgery produce results similar to the actual procedure. Another, double blind study examined the efficacy of two types of arthroscopic knee surgery (a procedure in which small incisions are made in the knee and cartilage is either cut or washed out). Researchers incorporated a sham surgery into the design by simply making the same incisions in the knee, but doing nothing to the cartilage. The results indicated no significant difference for all three procedures, suggesting the placebo effect was responsible for the beneficial results of all the surgeries.

In addition to personal expectations to get better, regression to the mean  can also account for the placebo effect. This phenomenon, in terms of the placebo effect, describes the tendency for symptoms to eventually dissipate and the body to return to a healthy state. Consider the common cold or headache. Even without a bottle of Tylenol or cold medicine handy, a person will typically get over it with a week or so. Returning to normal health is something that human bodies were designed to do naturally. But pills and various remedies typically get the credit (and the money) for the improvement.

Returning to baseline is also seen with serious illnesses, like cancer. The mechanisms responsible for such miraculous occurrences have been under investigation with the increase in medical technology. However, the disappearance of a disease or sever disorder is typically referred to as spontaneous remission. Pain and depression can also spontaneously remit. In fact, remission rates of untreated depression are roughly 53% in 12 months, meaning half of untreated depressed individuals become significantly less depressed within a year. A meta-analysis of clinical trials for anti-depressant medication indicated that improvements with placebos were 75% of the improvement seen with active drugs. There has been some criticism on this topic, which is not a surprise, considering the sensitivity surrounding it. For many, it would be quite alarming to learn that, in most cases, anti-depressants are an ineffective treatment for their depression. Ineffective may be too harsh a word, however, considering that they do have positive benefits – thanks to the placebo effect. 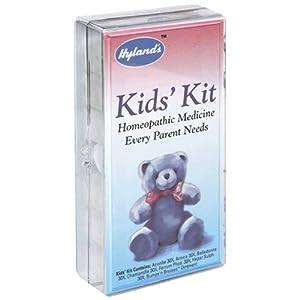 There are numerous other possible contributors to the power of the placebo effect, although many have not yet been explored currently. The topic at hand, though,  is not some fundamental issue with the placebo effect, but rather the so-called treatments that receive the credit for it. This issue is that inactive and sometimes useless medicine or treatments are given credit for the body’s natural processes and/or extenuating circumstances. Confirmation bias in combination with the placebo effect is the usual culprit when considering the prevalent use of pseudoscientific “medicine.” For instance, a mother who attempts to sooth her teething child’s gums with some homeopathic teething tablets or an amber teething necklace will expect her child to eventually stop exhibiting symptoms of pain and irritability, and typically this is the case. Giving babies something to chew on has long been a remedy for helping teething their gums feel better. But guess what? The teething tablets and amber necklace receive the credit for the pain relief, when the baby would have responded just as well to some ice (or a finger).

Needlessly spending money at the local Whole Foods for baby teething remedies doesn’t seem very detrimental, but the scams of pseudoscientific CAMs do not end there. In fact, CAM is also known as sCAM (so-called CAM) to illustrate the fraudulent nature of many such treatments, and there are legitimate dangers involved. A very ominous risk in seeking alternative treatments is the potential lack of diagnoses, due to some non-scientific methods of examination by alternative physicians. Missing vital health signs could be fatal. Conversely, some CAM health care providers may contribute to belief in imagined disease and chronic illness (there’s always something wrong with you). The more credence given to non-evidence based treatments, the more frequently pseudoscientific medicine will make prey out of those who gullibly follow the guidance of their “doctor,” boasting to know what is ails their patients. All of the above fosters unsubstantiated beliefs about the body and health. Furthermore, greater prevalence of alternative medicine can influence people to mistrust scientific-based medicine, causing them to avoid the treatment they need when they need it for survival.