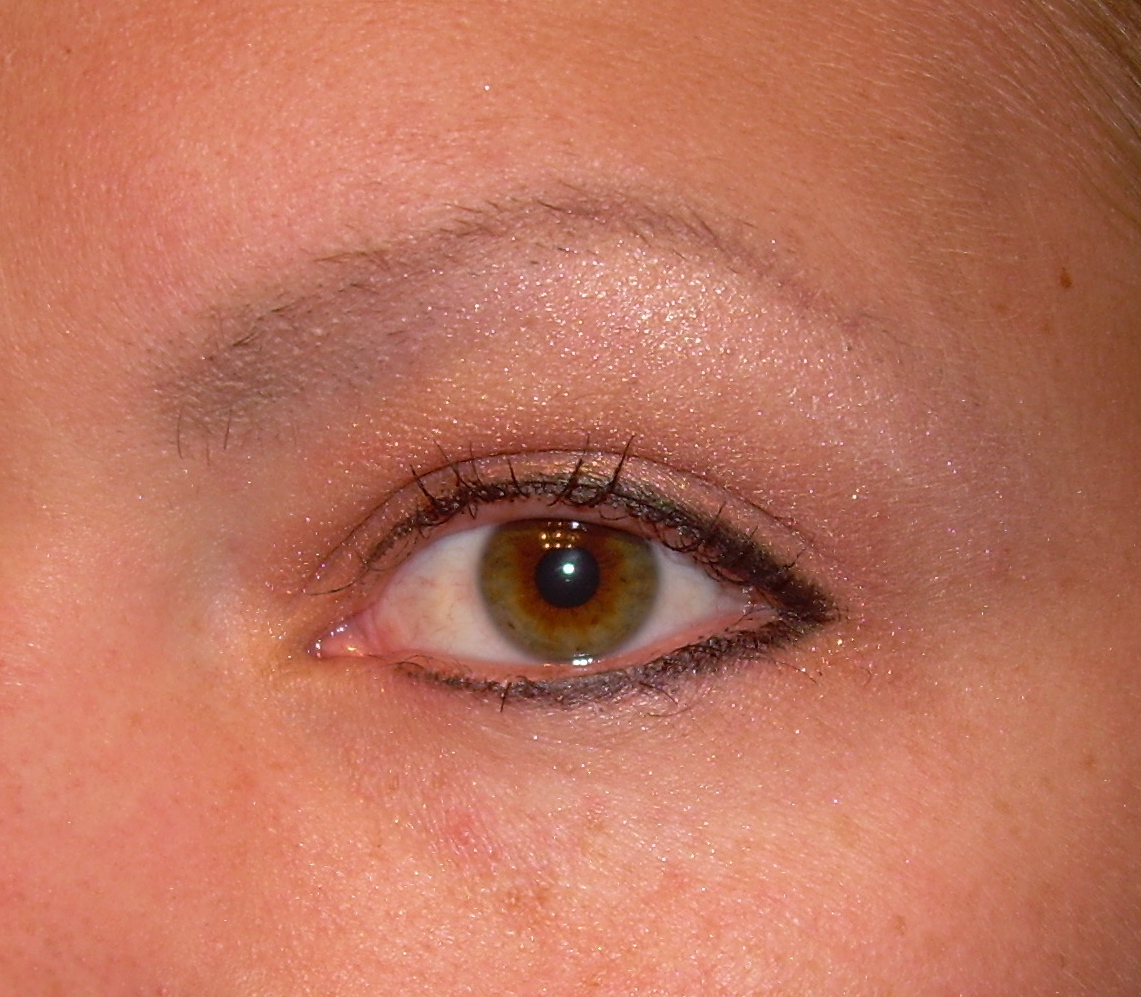 I want to tell you a short story.  It takes place in 5th grade.  It was an ordinary day, and I was up in my room waiting for my grandparents to get to my house for dinner.  As a 5th grader, I hadn’t given too much thought about wearing makeup, shaping my eyebrows… all those  “normal” girl things.  However, this afternoon I was sitting in front of my mirror and began plucking my eyebrows.  And kept plucking them.  Until they were all gone.  And yes, by all gone, I mean completely pulled everything out.  What!  Who does that?  I immediately grabbed a big floppy hat to try to cover the bare spots above my eyes, and went downstairs because my grandparents had arrived.  After dinner, my dad approached me and asked what happened.  I shrugged and said I didn’t know why I did it; I was just plucking them and went too far I guess.  He told me to be careful because the same sort of thing happened to him when he was a child.  He even gave what I had done a name: Trichotillomania.  He explained that this ran in his side of the family and said that it was a disorder that caused you to pull your hair out. Um, okay, dad. Sure.

Fast forward to today.  I have been dealing with trichotillomania consecutively for nine years.  After dealing with a short episode of it from 5th-6th grade, the symptoms disappeared until my freshman year of high school.  Trichotillomania (trich or TTM), also known as “hair pulling disorder”, is classified as an OCD related disorder in the DSM-5.  Trichotillomania involves the recurrent pulling of one’s hair.  This can include any areas of the body; however, the three most common sites are the scalp, eyelashes, and eyebrows.  Trich varies in severity across the population who suffers from it.  By having this disorder manifest itself outwardly, it is associated with anxiety and shame, and the desire and need to appear “normal”.  This struggle for normality comes in the form of wigs, makeup, fake eyelashes, extensions, headbands, hats… anything to attempt to cover the damage.

Why would someone want to pull their own hair out, you may ask?  To be honest, I’ve been asking myself that for the past nine years.  The exact biological cause of trichotillomania is unknown; however, the disorder is widely accepted as having a strong genetic influence, and when mixed with the right environmental factors, it is more likely to present itself.  It is considered a self-soothing or coping mechanism for anxiety or stress.  However, get ready for a curve ball; it can occur in times of relaxation as well as in stressful or anxiety provoking circumstances.  Oh good, thanks, that really narrows it down.  So how do you treat something if you aren’t sure of the underlying cause, how it started to begin with, and symptoms that occur under the influence of many different factors?  Medications as well as behavioral techniques have been used to attempt to treat trichotillomania.  There is currently no treatment that is effective for every patient because the disorder varies so much from person to person.  With no direct biological cause, medical treatment options are limited, and, rather, a form of cognitive-behavioral therapy called habit reversal training is the most effective, supported, and accepted treatment of trich today.

Cognitive behavioral therapies (CBT) focus on determining the relationship between thoughts, feelings, and behaviors.  By changing someone’s thought patterns that are associated with certain behaviors and by practicing new behaviors and thoughts in the same familiar situations or while experiencing the same emotions, we essentially train our brain to respond in a new way to the original stimulus.  Due to the frequent repetition, the act of pulling one’s hair out can eventually become automatic.  There may not be any feelings that are urging you to pull; rather it is more of a habit – an automatic go-to in certain situations.  The automatic aspect also occurs in individuals who may not even realize that they are pulling.  This treatment approach relies on the ability of the person to learn how to recognize the environment where they pull, and change their habitual behaviors as well as the thoughts and feelings behind it.

Habit reversal training (HRT) typically consists of two main phases: awareness training, and competing response training.  The first phase of HRT increases the consciousness of the behavior by challenges the patient to become actively aware of when they are pulling.  This phase incorporates self-monitoring techniques such as observing when you tend to pull, where you are, your emotional state, which hand and fingers you use, etc.  A detailed record is kept of the hair pulling episodes including cues that triggered it.  These cues may be internal (anxiety, boredom, visual or tactile sensations, or thoughts associated with hair) or external (tools such as a mirror or tweezers, and certain environments free of people: bedroom, bathroom).  By pinpointing and becoming aware of the warning signs, it allows the patient to combat the creeping urge to pull with a competing response.  This is phase two of HRT: competing response training.

A competing response is designed to make it hard or impossible for the individual to pull.  This could be an action such as making a tight fist and putting their hands in their lap, sitting on their hands, etc.  This action is to be repeated each time the individual is faced with an urge to pull, or in situations where pulling typically occurs.

Incorporating a few other CBT techniques in with HRT to create a comprehensive behavioral model allows the heterogeneity of this disorder to be attended to.   This method, using HRT as the central component, allows for the individual idiosyncrasies in each case to be accounted for and assures that the patient be treated accordingly.  By considering thoughts, actions, environmental factors, and emotions, the therapist is provided with the information necessary to help cognitively change the patients’ attitude about pulling and provide suggestions for ways to combat the urges.  A nice overview of this model can be found here.

Finally, medicine has been used in the treatment of trich but overall is not as supported as the behavioral techniques.  Results are generally mixed, and no medication has been shown to be clearly effective.  While certain medications may temporarily help some people, if behavioral therapies are not incorporated into treatment, the symptoms will usually return once the patient stops taking the medicine.  Clomipramine, a tricyclic antidepressant, has been used and there was some success in treatment in the first study done with it.  SSRI’s such as Prozac, Paxil, and Zoloft have also been considered for treatment, but results are typically mixed.

In my personal experience, I have never stuck with anything long enough to figure out what works for me – but that’s a whole different story.  However, I can say, and I think that I can speak for many others with trich, that through this journey the ability to trust friends and family with this “secret” plays a crucial role not only for accountability purposes, but for unconditional encouragement and support.