Should Paraphilic Coercive Disorder be added to the DSM-V?

Should Paraphilic Coercive Disorder be added to the DSM-V? by Derrick Meyers

The new Diagnostic and Statistical Manuel for Mental Disorders (5th edition) was released in May of 2013, and with its release brought controversy whether Paraphilic Coercive Disorder should have been added to the paraphilic disorders.  The proposed criteria include three criterion:

Basically, what the diagnostic criteria is describing is rape.  There are arguments both for and against for adding Paraphilic Coercive Disorder to the DSM-V, and as well as legal implications.

Data on sexually aggressive males suggest that there is a sub-population who displays high response rates associated with sexual coercion relative to their responses to stimuli depicting mutually consenting sexual activity.  The responses were measured using a penile plethysmograph, which is an instrument that measures the amount of blood flow to the penis.  The more blood flow the greater the arousal. Therefore, a subset of rapists has been identified whose motivation was mostly sexual, as opposed to the traditional type of rapist whose motivation is probably centered around power and control.  Freud suggested that the paraphilic disorders were deviations from normal courtship behavior.  In his theory it was suggested that unusually sexual arousal was a motivational component for a large subset of rapists, this was called preferential types.  The preferential type was believed to have a paraphilic disorder, such as pedophilic disorder, exihibitionism, or voyeurism.  Evidence for Freud’s suggestion can be found in the large number of sex offenders with paraphilic disorders. 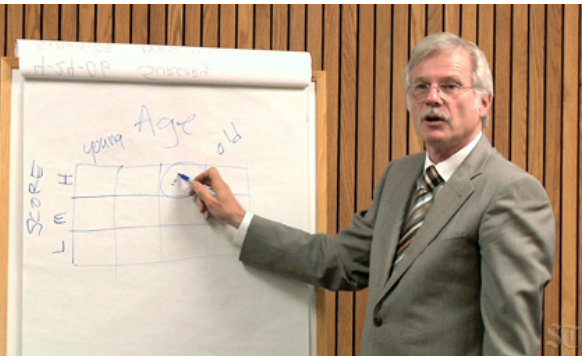 Richard Wollert argues that Paraphilic Coercive Disorder could be considered excessive, and can be included with the current DSM-V disorder Paraphilia Not Otherwise Specified.  He goes on to say that Paraphilic Coercive Disorder does not bring anything new to the table.  He argues that the prevalence rate of 5% for sex offenders who may qualify for paraphilic coercive disorder is a very small percentage, and the chance that a clinician is reasonable confident that a sex offender can be diagnosed given the small prevalence rate is not likely. Wollert states

Rape is a crime and prison is the proper placement for rapists, and Paraphilic Coercive Disorder attempts to turn rape into mental disorder.

Wollert does have a point, because if rape is considered to be a mental disorder, along the same lines as schizophrenia or bipolar disorder, what legal implications could that bring?

The DSM is often involved in legal matters where a person can be deemed as an immediate danger to him/herself or others.  The DSM also plays a role in involuntary commitment of sexually violent predators.  Roughly twenty states have laws regarding sexually violent predators.  These laws allow states or the federal government to require stricter reporting requirements, or allow a sex offender to be involuntary committed to a mental institution if the person has a mental abnormality or personality disorder, and is likely to continue to commit sexual offenses if released from prison.  This is primarily when psychiatrists and psychologists come in to evaluate if a sex offender has a mental abnormality or a personality disorder.  This can become vague as mental abnormality can include a number of things, and isn’t as specific as the term mental disorder.  Paul Stern, a prosecutor in numerous sexually violent predator cases, thinks paraphilic coercive disorder will remove some of the ambiguity of determining if a sexual offender has a mental abnormality and states

I do not want to detain as SVPs those who should not be held nor do I want dangerous men released to the street because of irresponsible statements made by mental health professionals….I endorse it even though it will mean that some dangerous men currently considered under the SVP laws will not be able to be detained. I endorse it even though it will make my job harder. I endorse it because it will further my goal of allowing the court system to achieve the most accurate determination of truth.

With the release of the DSM-V came controversy about whether or not paraphilic coercive disorder should be added to the paraphillic disorders.  The general description of the disorder would be used to describe those who gain sexual satisfaction from rape.  There are arguments for and against the disorder being added to the DSM-V, as outlined above.  There is data suggesting a portion of rapists are stimulated and motivated by sexual coercion.  There are people who argue that rape is not a mental disorder but instead is a crime.  The inclusion of paraphilic coercive disorder could also have legal complications as well.  The addition of the disorder to the DSM-V may remove some of the ambiguity in determining if a sexual offender has a mental abnormality, and lead to more accurate decisions regard if a sexual offender should be committed to a mental institution once they are released from prison. No consensus was reached for the DSM-V, and this will undoubtedly continue to be a divisive and hot topic in the future.