Pseudoscience in the Aftermath of Trauma As the tragedies over the past year (mass shootings, natural disasters, man-made disasters, and accidents) remind us,the majority of people will, at some point in their life, experience what is often termed a “traumatic event.” Living in the tornado capital of the world, Oklahoma (we average over 50 tornadoes per year, more per square mile than anywhere else on Earth), I spent my graduate training researching how children respond to disasters and learning ways to treat those who have abnormal responses to trauma. Today, as a clinical psychologist who primarily works with anxious children, I am constantly fielding referrals for kids with posttraumatic stress symptoms. It never ceases to amaze me how often these children have been treated with inappropriate, ineffective, or just downright pseudoscientific therapies. This is even more frustrating when highly effective psychological therapies exist for helping children and adults cope with the aftermath of traumatic events.

Over the last 25 years, as news media outlets have proliferated and information takes increasingly less time to travel around the world, people have been bombarded with images and reports of traumatic events taking place in and around schools. While most of our minds immediately turn to man-made traumas such as the Bath School bombing, the Jonesboro shootings, or the Columbine massacre; natural disasters such as earthquakes, tornadoes, and hurricanes can cause reactions that are equally impairing for children (Lack & Sullivan, 2008; Pynoos, 1994). In the media, however, the focus is almost exclusively on immediate, short-term reactions, with little reporting on the long-term impact of a disaster. Unfortunately, this is also the case in most interventions, with a strong response immediately post-disaster followed by a lack of preparation for and the ability to deal with the potential psychological, emotional, and behavioral disturbances seen in a significant minority of children and adults after a disaster (Jaycox, Tanielian et al., 2007).

The most common difficulty experienced by people after a disaster or trauma is some form of anxiety, with posttraumatic stress symptoms being the most common type (Bland et al., 2005; March, 1999). Related impairments in social and academic functioning, as well as other mental health impairments such as depression and substance use (Kilpatrick et al., 2003), are also frequently seen. In children, trauma exposure has been found to be related to cognitive impairments (Beers & DeBellis, 2002), lowered grades, increased school absences (Hurt et al., 2001), and lowered graduation rates (Delaney-Black et al, 2003). In addition, posttraumatic stress symptoms include many school- and work-impairing difficulties, such as problems concentrating, sleep disturbance, and disorganized behavior (American Psychiatric Association, 2000).

As mentioned above, there are no shortage of well-intentioned practitioners willing to provide services for those struggling with ongoing post-traumatic stress symptoms. However, it is crucial to deliver and receive evidence-based rather than pseudoscientific interventions in the aftermath of trauma for several reasons.

Evidence-based treatment refers to assessment and intervention practices that have been found, through carefully controlled scientific study, to be both valid and reliable for identifying and alleviating mental health disturbances. Pseudoscientific services, on the other hand, are defined as “unsubstantiated, untested, and otherwise questionable treatment and assessment methods” (Lilienfeld, Lynn, & Lohr, 2003, p. 2). Given the preponderance of pseudoscience treatments for trauma, it is important to carefully evaluate potential therapies, whether they will take place at the program, group, or individual level.

Despite the enormously strong evidence base supporting the use of cognitive and behavioral techniques for treating posttraumatic stress (Amaya-Jackson et al., 2003), there are nonetheless many proponents of other, non-evidenced-based therapies that either have no research support or support against their use. Four of the most widespread pseudoscientific treatments are critical incident stress management, eye movement desensitization and retraining, emotional freedom technique, and thought field therapy. 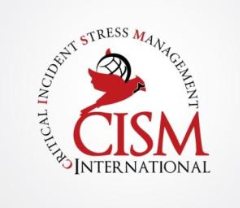 More widely known as “psychological debriefing,” CISM (Mitchell & Everly, 1998) developed in the early 1980s and, unlike the other interventions described in this section, was focused on the prevention of PTSD symptoms, rather than their treatment. CISM is based on assumptions that 1) trauma exposure alone is enough to cause a person to experience long-term psychological difficulties and 2) early interventions can prevent such problems from developing. But, in reality, carefully controlled studies have found that the vast majority of people will recover without any interventions after a trauma, showing little to no distress at three months post-trauma (e.g., Riggs, Rothbaum, & Foa, 1995, Ehlers, Mayou, & Bryant, 1998). In addition, numerous scientific studies have found that receiving CISM appears to actually increase the chance someone will develop PTSD symptoms (see McNally, Bryant, & Ehlers, 2003 for a review). All evidence supporting the use of CISM is based on anecdotal reports and is primarily published by the originator of the method, J.T. Mitchell. Based on the at best inert effects and at worst harmful impact of CISM, numerous organizations, including the World Health Organization and British Health Service, have actively implemented policies against its use. In short, “Although psychological debriefing is widely used throughout the world to prevent PTSD, there is no convincing evidence that it does so” (McNally, Bryant, & Ehlers, 2003, p. 72).

EMDR is one of the most heavily promoted and commercialized pseudoscientific psychological treatments of the last 20 years (Lohr, Hooke, Gist, & Tolin, 2003). Huge numbers of clinicians have reportedly been trained to use it for treating persons with PTSD, and the American Psychiatric Association (APA) has stated “EMDR appears to be effective in ameliorating symptoms of both acute and chronic PTSD” (Work Group on ASD and PTSD, 2004, p. 59). This statement is advertised on the EMDR Institute’s homepage, but the page omits the other, less favorable conclusions of the APA’s review of research on EMDR, which states that “Despite the demonstrable efficacy of EMDR, these studies call into question EMDR’s theoretical rationale” (Work Group on ASD and PTSD, 2004, p. 59). Specifically, many researchers and theorists see EMDR as an example of a “Purple Hat Therapy” (Rosen & Davison, 2003), where the active ingredients causing change are use of cognitive-behavioral therapy techniques such as exposure and not the use of eye movements, which are a key component of the EMDR treatment package (Shapiro, 1995). Indeed, based on a systematic review of the research, McNally (1999) concluded that “What is effective in EMDR is not new, and what is new is not effective” (p. 619).

TFT is a treatment based on traditional Chinese medicine, relying on the idea that invisible energy fields, or “thought fields,” surround the body (Guadino & Herbert, 2000). By physically tapping on places in the body where these fields intersect one can supposedly modify these thought fields and cause a decrease in negative emotions, similar to how acupuncture supposedly relieves physical pain (Callahan & Callahan, 1996). As with acupuncture, however, there is no scientific support for this theory and no sound outcome research supporting the efficacy of TFT for treating any emotional disorder, despite the claims of TFT’s proponents (Gaudiano & Herbert, 2000; Hooke, 1998). This goes doubly so for emotional freedom technique (EFT; Craig, 1997), which evolved from TFT and presents itself as even more comprehensive, even with no research to support its claims (Waite & Holder, 2003). Due to the lack of being able to falsify these claims, a reliance on anecdotal evidence, and claims of miraculous success (such as those on the websites of the World Center for EFT – “The surprising natural healing aid you can use for almost everything” – and Callahan Technique’s “…balancing the body’s energy system and allowing you to eliminate most negative emotions within minutes.”), there is no reason to believe these therapies are anything other than pseudoscience.

Given the number of persons trained in and endorsing the use of techniques such as EMDR, CISM, and TFT/EFT, it behooves both providers and recipients of psychological services to educate themselves on the use of empirically-supported and evidence-based assessment and treatment techniques for those experiencing behavioral and emotional difficulties after a traumatic event. Adopting a skeptical mindset when presented with claims that see to be too good to be true and following some of my guidelines on choosing a therapist can help you go a long way towards receiving effective treatment and avoiding wasting time, money, and a chance at better mental health.

(all references available upon request from the author)