Today marks the extrabiblical Fast of the Firstborn, a day commemorating when the God of Abraham struck down every firstborn throughout ancient Egypt, supposedly around 1300 BC. Egypt was pretty huge back then, including the bulk of what would later be termed Israel—and still later, Palestine. 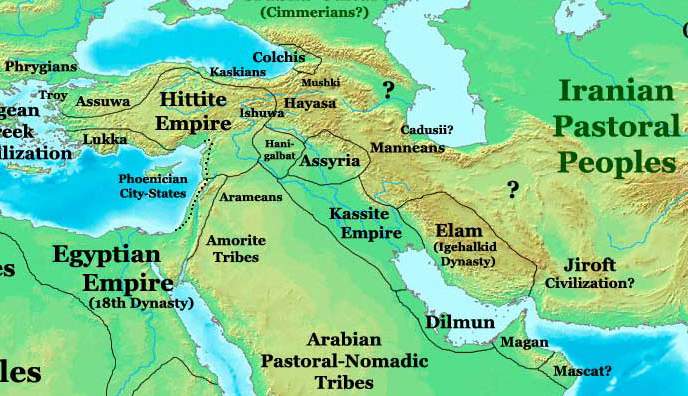 The eastward expansion of the Egyptian Empire necessarily makes one wonder who held title to the so-called “Promised Land” back when it was supposedly promised to the descendants of Abraham, not to mention why the Biblical trek out of Egypt took forty years.

More saliently, one wonders why the Egyptians never bothered to record the horrific loss of every firstborn among them, including adults, children, and livestock. Seems like that one would’ve shaken them up a bit. And the Egyptians weren’t exactly poor record-keepers.

Speaking of which, Israel does show up in their records–only a few generations later–in a document which would eventually be known as the Merneptah Stele:

The princes are prostrate, saying, “Peace!”
Not one is raising his head among the Nine Bows.
Now that Tehenu (Libya) has come to ruin,
Hatti is pacified;
The Canaan has been plundered into every sort of woe:
Ashkelon has been overcome;
Gezer has been captured;
Yano’am is made non-existent.
Israel is laid waste and his seed is not;
Hurru is become a widow because of Egypt.

Destroying the seed of a sedentary farming tribe would of course cause a famine, but that might not be as terrifying as having all the nation’s firstborn inexplicably fall dead. Which brings me back to the upcoming celebration of Passover, about which David Silverman makes the following (painfully obvious) point:

A message to all my friends celebrating Passover: There is no god. Also, celebrating the death of first-born children is horrific.

It could be worse, David. At least they are not celebrating the idea that torturing an innocent person would someday save a small fraction of humanity from eternal torture by fire. I mean, that would be a truly bizarre extension of this whole animal sacrifice warding off an angel of death, right?